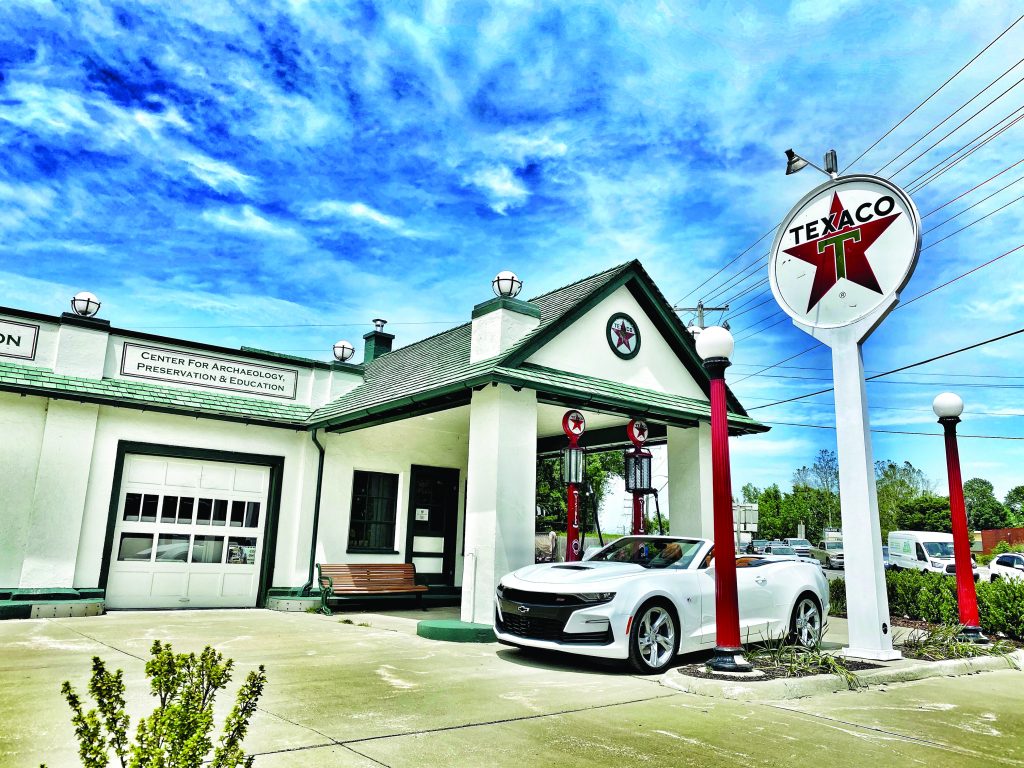 The archaeologists at the Fairfield Foundation have spent years uncovering the history of Mathews County, with a dig at a location in Port Haywood, completed in 2019. Work at the Hall site revealed a number of significant 17th and 18th century artifacts providing a glimpse into what life was like in the colonial era. The foundation’s Gloucester Court House office, located in a restored Texaco service station, represents a more recent era of the region’s history. Amy Smith recently took this striking photo of the building (along with her 2019 2SS Camaro convertible pulled up to the gas pumps). PHOTO BY AMY SMITH

Conrad Hall, author of “A Select History of Mathews County, Virginia: 17th, 18th & 19th Centuries and The Family of Ann and Robert Hall,” knew that he could trace his family to Mathews County.

However, the Norfolk resident wasn’t sure where in Mathews his ancestors lived, so he reached out to the Fairfield Foundation three years ago to see if they could help locate his forebears’ home.

TYLER BASS / GAZETTE-JOURNALThis arrowhead was found at the Hall dig site. The Fairfield Foundation dated the projectile point to have been made between 8000 and 6000 B.C.E.

Together, they found land in Port Haywood, and that discovery in turn led to an excavation of 17th and 18th century artifacts. Dr. David Brown, co-director of the Fairfield Foundation, said that Hall is an amateur map expert and had immersed himself in old county records to try to locate his family’s former land.

Hall himself found that land in Port Haywood, and the Fairfield Foundation was able to narrow where they ...