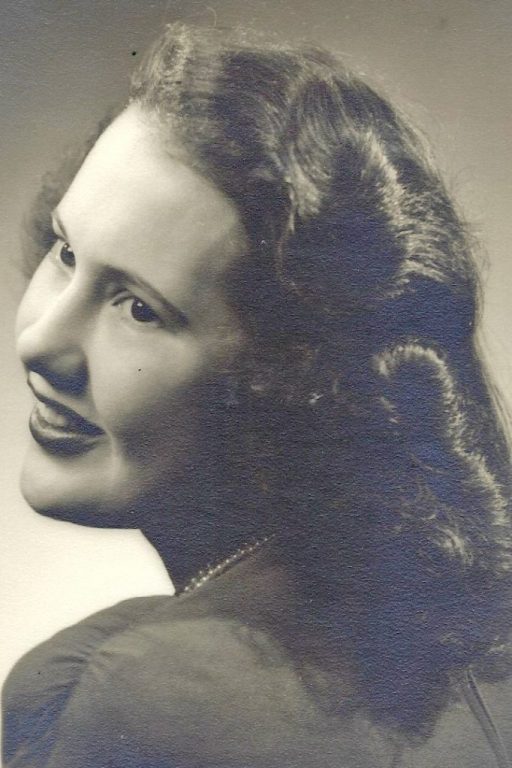 Ann Montgomery Hogg of Richmond, died on Oct. 13, 2020 at the age of 91 after a long illness. Born in Powhatan, Virginia, on March 28, 1929 to Jean Mitchell Montgomery and Charles Patterson Montgomery, Ann grew up in Powhatan and graduated at the age of 16 from Powhatan High School, where she excelled in academics. After completing a post-graduate year at John Marshall High School in Richmond, she completed her undergraduate degree at Mary Washington College. When her children started school, she returned to graduate school at VCU in literature and the arts.

Ann embraced opportunities for service, both to her community and to her church. She served on the Board of the Free Clinic of Powhatan and also the Powhatan County Board of Social Services. She was a founding member of the Powhatan Chamber of Commerce. She was a member of the Daughters of the American Revolution (DAR) and a founding member of the Powhatan Garden Club, where she served as President. She was a lifelong member of St. Luke’s Episcopal Church in Powhatan, where she served on the Vestry as Senior Warden. She also served on Altar Guild at St. Luke’s for many years, teaching those who followed in her footsteps. In later years, she served as a Trustee for St. Luke’s Endowment Funds. Ann also spent countless hours in the kitchen making chicken soup and chocolate pies for any neighbor, friend or relative who was in need.

Ann had several careers in her lifetime, including teaching at Collegiate School and starting her own business, Out on a Limb, with her sister, Sally. She was a strong competitor on the tennis court and at the bridge table. She loved creating girls’ and women’s fashions, which benefitted many family members, as well as her customers. When asked, she also worked with her husband Charlie in the management of his business. Both Ann and Charlie shared a strong work ethic, as well as a commitment to service to others. Ann was predeceased by her husband, Charles Mathew Hogg Sr., and her sister, Sally Montgomery Silvey. She is survived by her children, Charles Mathew Hogg Jr. (Roslynn) and Betsy Hogg Wilton; her sister, Betty Montgomery Handy; her grandchildren, Christian Wilton Simmers (Michael) and Ann Somers Wilton Hogg (Michael), and her five great-grandchildren. She will be remembered as a loving and generous wife, mother, sister, grandmother, great-grandmother, aunt, cousin and friend. The family received friends on Sunday, Oct. 18, 2020, from 6-7 p.m. at Hogg Funeral Home. Due to the outbreak of COVID-19, masks were required for entry, and social distancing was mandatory.

Graveside services will be private. In Ann’s memory, contributions may be made to St. Luke’s Episcopal Church- designated for the Heritage Fund, 2245 Huguenot Trail, Powhatan, Va. 23139, or the UVA Fund—Montgomery/Wilton Family Scholarship, P.O. Box 400314, Charlottesville, Va. 22904-4314, or the Free Clinic of Powhatan, 3908 Old Buckingham Road, Powhatan, Va. 23139. The family would like to thank the staff and management of Spring Arbor Salisbury for their care and kindness to Ann over the years. The family would also like to thank the staff of Heartland Hospice for their care and kindness to Ann during the more recent months of her illness.
Services under the direction of Hogg Funeral Home.