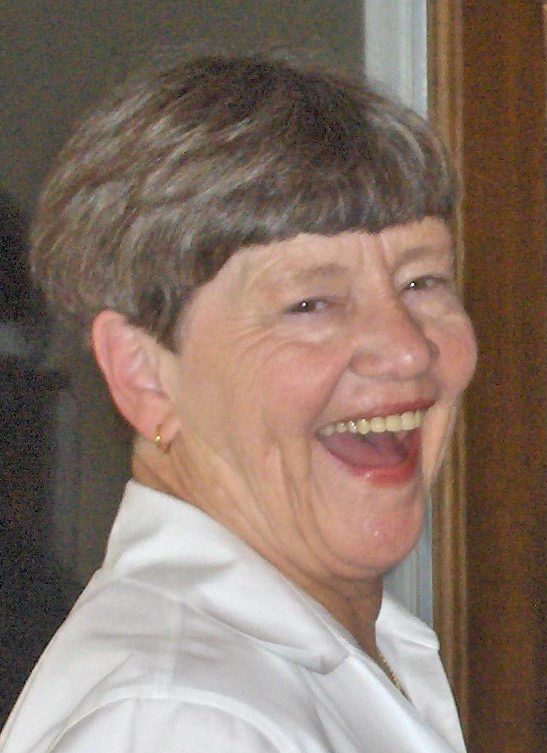 Ann Caldwell Parker of Gloucester, passed away on Aug. 31, 2022, at age 84. She faced a variety of health issues in the last few years with the same sense of determination, dignity, and humor that were the hallmarks of her personality. The people who knew and loved Ann could identify her joy-filled laughter from a mile away. Ann was born to Garah Bruton (Jack) and Rachel Highsmith Caldwell in New York City on July 12, 1938. After graduating from Duke University in 1960, her acceptance of a civilian position with the Special Services arm of the U.S. Army took her to Schwabach, Germany.

There, she met her husband of 50 years, LTC (R) Frank Owen Parker, who preceded her in death in 2012. Their life together saw myriad adventures, both domestic and abroad. They moved to Williamsburg in 1985, after Frank’s retirement from the Army. Ann then began a career with the Colonial Williamsburg Foundation that spanned 20 years. She worked with School & Group Services, at Carter’s Grove, and in costume in the Historic Area, but Ann was perhaps most proud of her work with the Enslaving Virginia program committee, as well as her coordination of hands-on family programs at the Benjamin Powell House. After her retirement from CW, she continued to share her love of history, and particularly historic foodways, with the Williamsburg Road Scholars/Intergenerational organization. In 2007, Ann and Frank moved to the Court House area of Gloucester. Ann adored literature (from mysteries to “War and Peace”), music (Mozart, the Kingston Trio, and Johnny Cash were all in her CD player), live theater (especially Gilbert and Sullivan), cats (Siamese, if you please), historic research (she was fascinated by 18th-century housewifery), and the ocean (she hosted trips every summer that she could). These are all but facets of what she called recently a “full life.”

Ann’s spirit will be carried forward by her daughters and sons-in-law, Allison and Bob Gaschen, Kate and Homer Lanier, Valerie Taylor and Dany Thibodeau; her grandsons, Collin Gaschen, Owen Lanier, and Graham Gaschen, and a host of friends and family members. A memorial service will be held at 1 p.m. in the garden of the Custom House in Historic Yorktown, 410 Main Street, Yorktown, Virginia 23690 on Saturday, Sept. 24, 2022. Ann will be interred with her husband at Arlington National Cemetery at a later date. Memorial contributions may be made to the Hospice House of Williamsburg, 4445 Powhatan Parkway, Williamsburg, Va. 23188, or to the Gloucester-Mathews Humane Society, P.O. Box 385, Gloucester, Va. 23061.