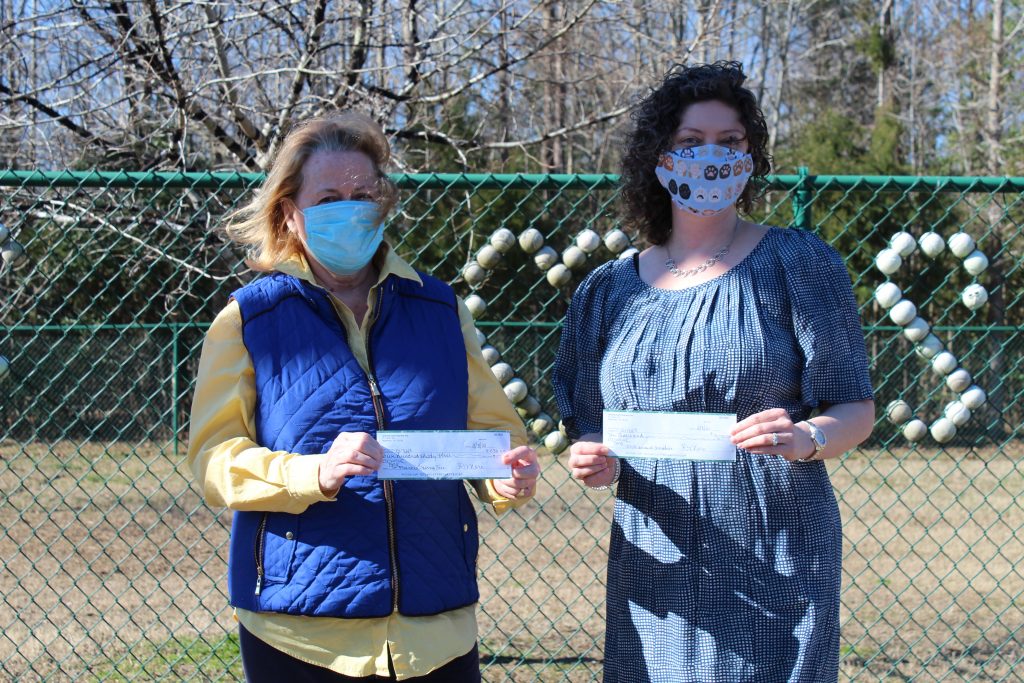 The Animal Care Society of Mathews donated over $10,000 to the Gloucester-Mathews Humane Society last Thursday.

The organization presented the shelter with a pair of checks. The first check, in the amount of $10,000, represented ACS’s annual end-of-year donation to the shelter.(This amount is in addition to the Animal Care Society’s $350 monthly contribution to GMHS.)

The second check was for $533 and was part of ACS’s St. Francis Giving Tree. Patrons of Animal Care’s Potpourri Shoppe, located on Main Street in Mathews, were given the option to donate to the giving tree over the holiday season. They were also able to donate to specific categories which included GMHS adoption fees, spay and neuter services, treats, food and toys.

“It proved to be relatively successful,” said Mary Stephens of ACS. She also mentioned that most of the donations went to adoption fees.

The Potpourri Shoppe is open on Thursdays from 11 a.m. until 3 p.m. and Fridays and Saturdays from 10 a.m. unti...