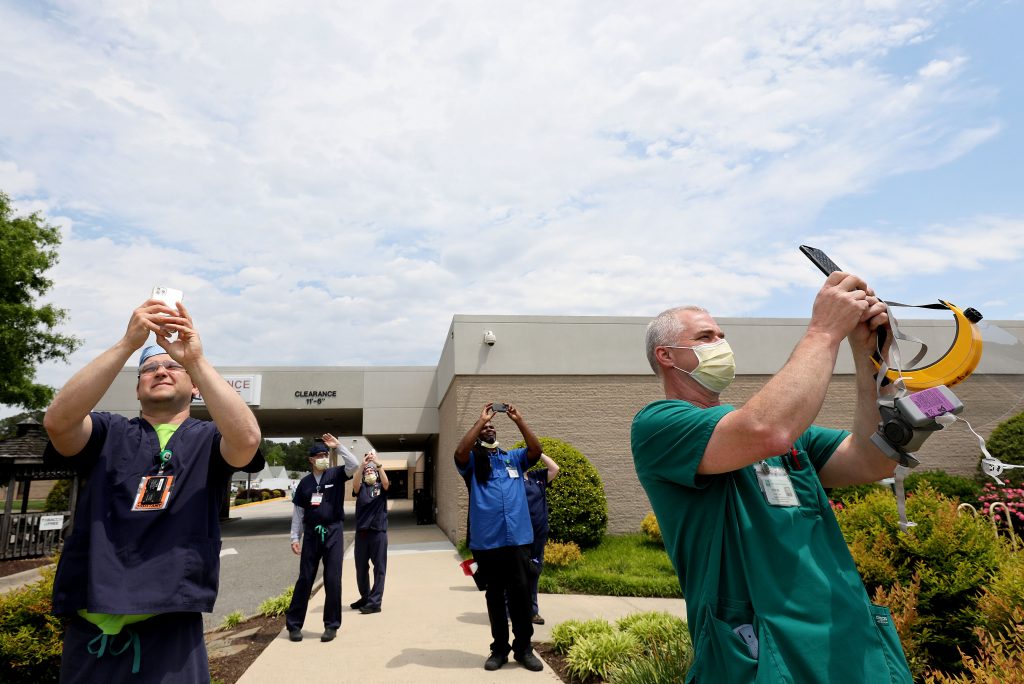 A pair of World War II-vintage planes performed a flyover of Riverside Walter Reed Hospital Sunday afternoon to pay tribute to the health care workers standing on the frontlines during the COVID-19 pandemic. The flyover (inset photo) was led by Michael Kuhert of Bay Aviation out of Topping, who flew a 1943 Coast Guard Fairchild J2-K2 plane, the only one of its kind still in operation. He was accompanied by Mo Meeker, who flew a 1943 Fairchild PT-19 that was used for training during World War II by the U.S. Army Air Corps. Above, hospital workers came out to see the flyover.