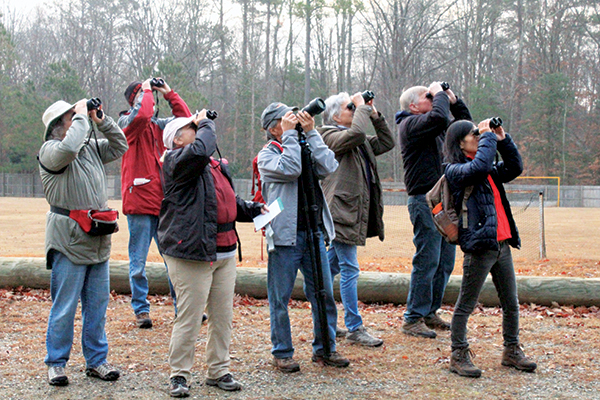 Eighty-three different species were spotted on Sunday as members of the Middle Peninsula Bird Club took part in the annual Audubon Christmas Bird Count, according to organizer Susan Crockett.

Birders covered the 15-mile diameter including Gloucester, Middlesex and King and Queen counties, stretching from Ark Park to Adner, and east to Tanyard Landing on the Poropotank River.

According to the Audubon website, the Christmas Bird Count began in December of 1900 as a way to protect birds from hunting on Christmas. The count has evolved into a nationwide community science project, providing ornithologists with a snapshot of native bird populations during the winter months.

This Sunday, the Mathews Audubon Bird Count will be held, which includes Mathews County and a portion of Ware Neck in Gloucester.

Unlike in past years, there will be no pre-count central gathering of volunteers or post-count tally and meal. Rather, all birders will venture out to their sectors individually, said...