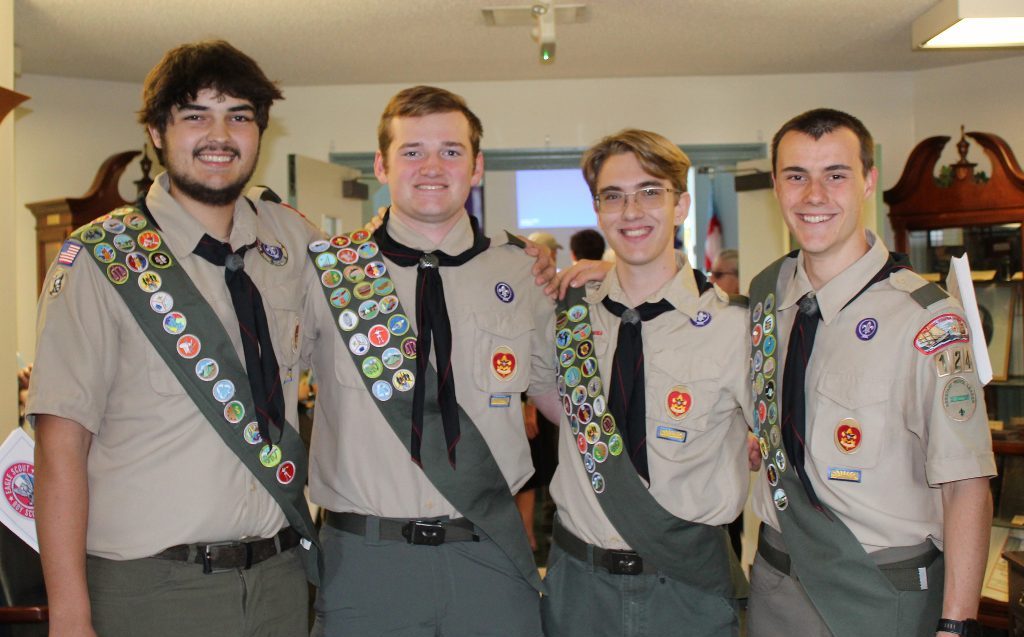 Four young Mathews men who are members of Boy Scout Troop 124 earned Eagle Scout rank in 2021, together celebrating the milestone they achieved in a Court of Honor ceremony held on Saturday, March 19, at Kingston Parish House.

Their accomplishments continue the tradition of high Eagle Scout attainment in the troop, which has seen 47 percent of its members become Eagle Scouts since it was chartered by Kingston Episcopal Parish in 2008. The national average is 6 percent.

Cooper La Casse, Grayson Camp, Henry Hospodar and Dylan White have been in scouting since 2010, according to a press release, participating together in many life-changing and challenging events. Through scouting, they experienced volunteering and community service and learned first aid and lifesaving, backpacking, camping, and wilderness survival skills. They also traveled to the Grand Canyon and went rafting on the Colorado River.

The Eagle Scout Award is the pinnacle of scouting efforts, said the release. It ...