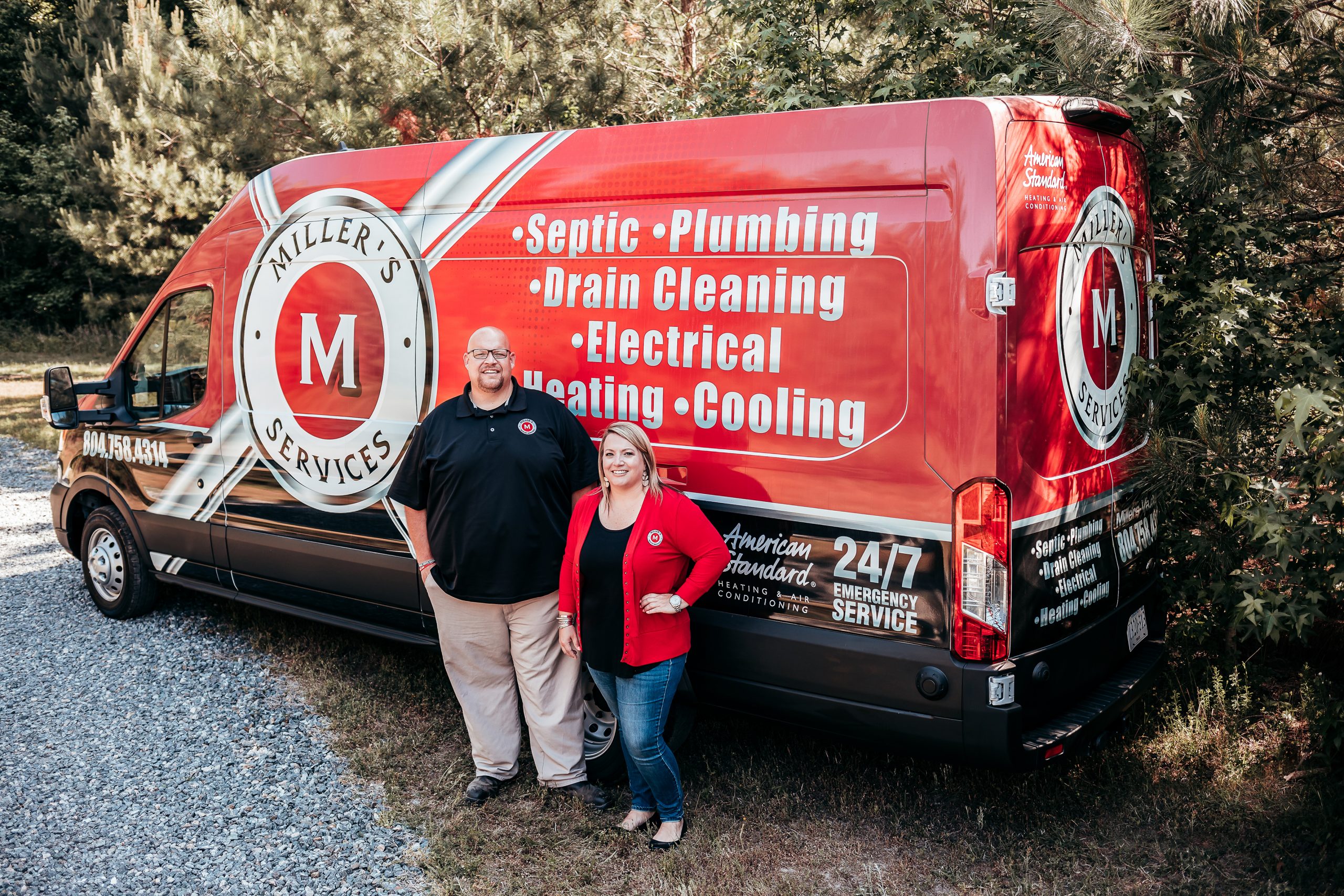 James Lee Miller III (“Jamie”) and his sister Ashley Miller have assumed the role of co-owners of Miller’s Services, a family-owned business that has served the Middle Peninsula since 1973.

Miller’s Services of Gloucester, which has served customers on the Middle Peninsula for nearly 50 years, announced this week a change in company ownership.

The family owned and operated business will remain in family hands, with the third generation—brother and sister James Lee Miller III (“Jamie”) and Ashley Miller—taking the top spots as co-owners.

Their son, James Lee Miller Jr. (“Jim”) had been involved since the company’s start and eventually he, his wife Sallie Miller, and their son Jamie purchased and incorporated the company in late 2001. For years, Jamie ran the business while his parents worked behind the scenes.

Ashley Miller joined the company as General Manager in 2007, after earning her Bachelor of Science in Business from VCU. Between 2015 and 2016, the expansion of the company and the a...