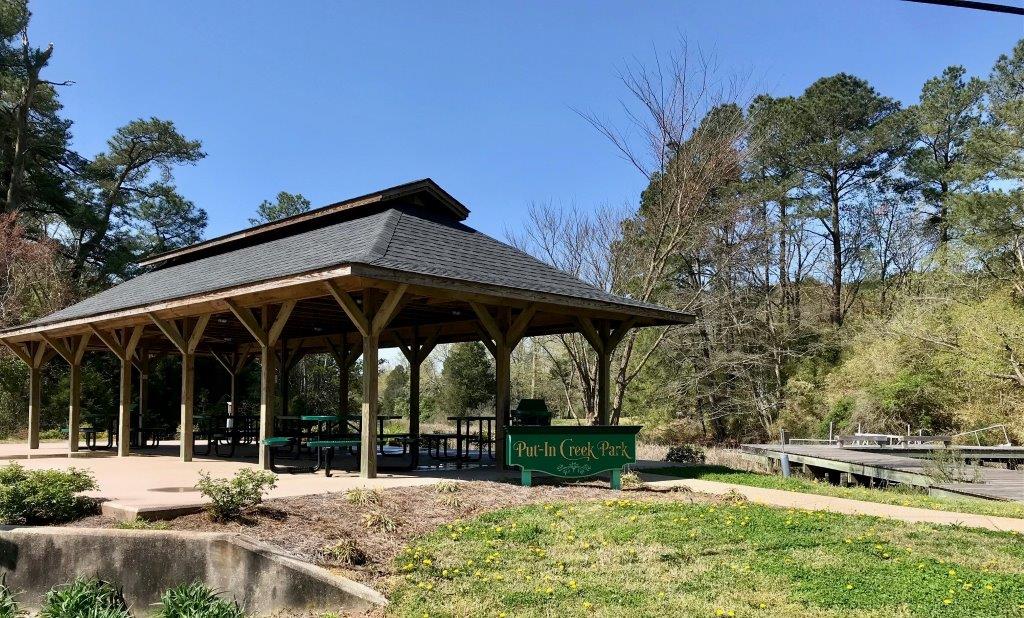 Mathews Outdoor Club is hosting the first ever Mathews Marathon & Half Marathon this Saturday. Pictured above is the Put-In Creek Pavilion, which will be the starting and finishing point of the race.

Mathews Outdoor Club will host the first ever Mathews Marathon & Half Marathon this Saturday.

Reed approached Christine Johnson, president of the Mathews Outdoor Club, about having a substantial race in Mathews. His initial thought was to have a 10K, but the two decided to go a bit bigger.

He said that the thought behind hosting a marathon and half marathon was: “If we’re going to work together, let’s go big.”

According to Johnson and Reed, there are over 130 participants signed up for the race. A lot of local work and support has gone into making the race happen.

According to Johnson, the Mathews County Visitor and Information Center has been very supportive with marketing for the event.

“MCVIC is thrilled to see MOC offer events like the Mathews Marathon for visitors and reside...