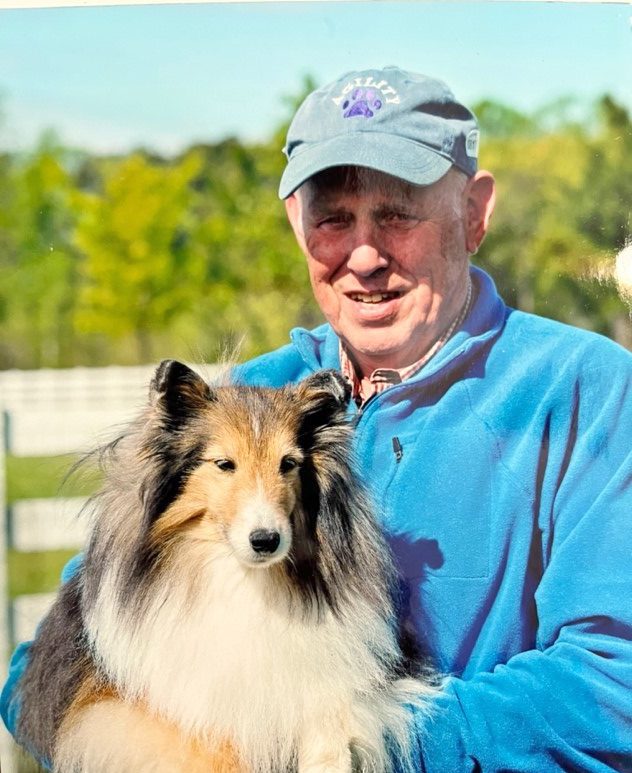 William Nelson Fletcher Sr. (Nelson), 81, passed away on Nov. 26, 2022 at his home in Gloucester, Va. surrounded by loved ones. He was born and lived his entire life in Gloucester. He will be remembered by many as the owner of Belroi Agility and Obedience Center.

He is survived by his wife Emily of 61 years, and sisters, Bertie West and Faye Burris. He had three children and five grandchildren, Bill Fletcher and wife Julie of Virginia Beach (Elizabeth, Jeffrey, and Christopher), Tracy Fletcher of Cary, N.C., and Kathy Walters and husband Dave of Havelock, N.C. (David and Katie).

Nelson retired from Yorktown Naval Weapons Station in 1995 with 36 years of service. He will be remembered for his dry sense of humor, devotion to family, building/running Gallopond Campground and pioneering the sport of dog agility. He began his agility career by building gymkhana equipment for the State Fair 4-H dog show in the ’80s which led him to his lifelong love of building agility equipment for others and becoming one of the first UKC and AKC judges on the East Coast and showing in his last agility show at the age of 81. In the early ’90s, he and Emily opened the Belroi Agility and Obedience Center which hosted many UKC and AKC Agility trials, and UKC Obedience trials. Nelson and Emily taught dog obedience and agility classes for over 40 years, even loading a trailer with the agility equipment to go to clubs to introduce them to agility. Whether it was building equipment, hosting trials, or mentoring new exhibitors, he was a constant presence in the agility community.

Andrews Funeral Home, Gloucester, is in charge of arrangements. Funeral services will be held Saturday, Dec. 3, 2022, at Bellamy United Methodist Church, with visitation at noon and services at 1 p.m. In lieu of flowers, contributions can be made to AKC Canine Health Foundation.