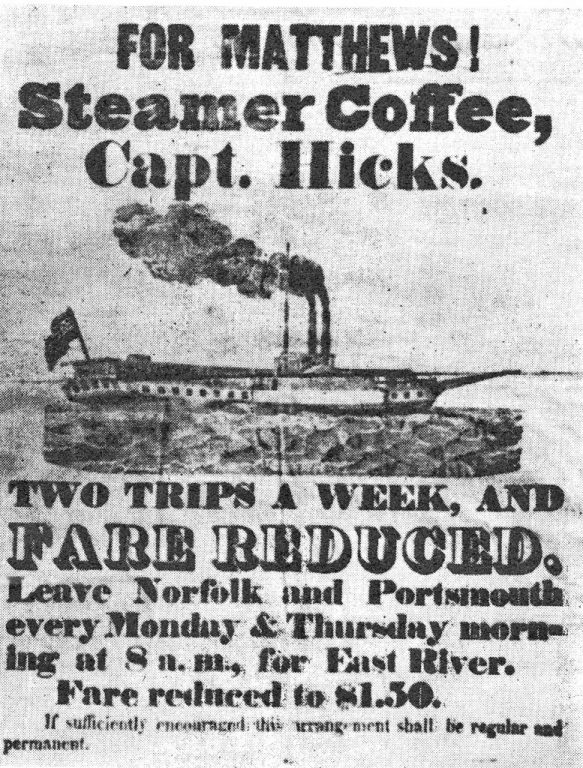 The steamer Coffee ran to Mathews County in 1855 and probably conveyed refugees from Hampton Roads to the countryside.

The steamer Benjamin Franklin arrived in Norfolk in June 1855 with yellow fever aboard. An epidemic ensued.

Long ago but not far away, two Virginia cities—Norfolk and Portsmouth—suffered through an epidemic of yellow fever.In the summer of 1855, before the source of transmission was known, city people had few choices to escape infection other than to leave.

One of the escape places was Mathews County, according to the Rev. George D. Armstrong, a Presbyterian clergyman in Norfolk. He was author of the 1856 work, “The Summer of Pestilence. A History of Ravages of the Yellow Fever in Norfolk, Virginia, A.D. 1855.”

Armstrong chronicled the daily advance of the fever from poor waterfront sections into affluent neighborhoods; his own suffering and recovery; people dropping dead on the street; desperate measures taken unsuccessfully to stop the spread; the loss of his wife and four children to the disease, and of much more.

He told how many other communities had shut their doors ...