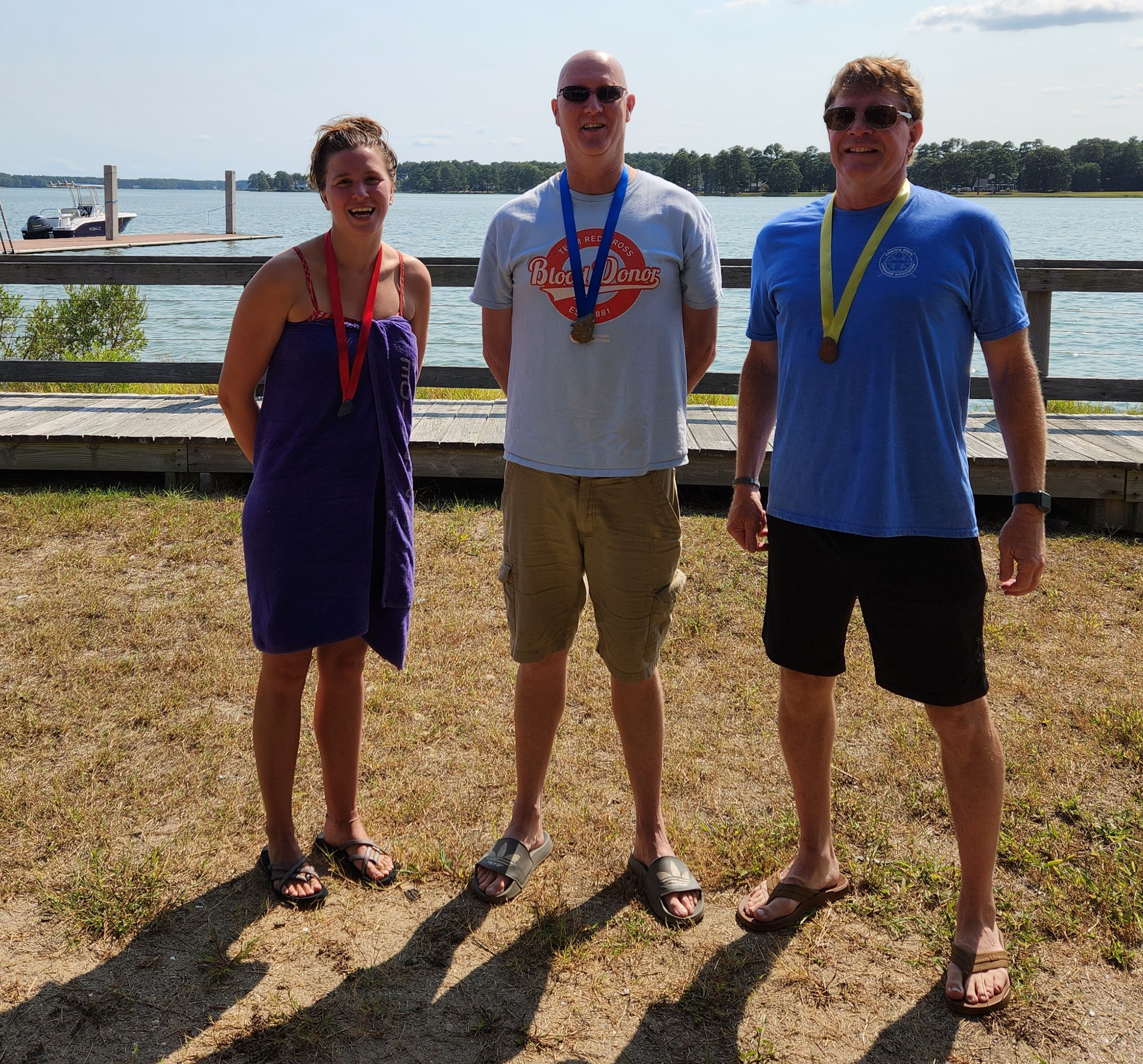 Eleven swimmers completed the 16th annual L. Wayne Hudgins Memorial Wharf to Wharf Swim on Sunday, Sept. 18 at Williams Wharf Landing. Raising more than $22,000 to date, this year’s event was the most successful swim event yet for the Mathews Land Conservancy’s Williams Wharf project and facilities.

Starting at Williams Wharf, the swim course was one mile out and back along the East River. Coming in first was Patrick McGarrity, 45, with a time of 30:45. Second and third places, respectively went to Sierra Higinbotham, 28, with a time of 35:38 and David Randolph, 61, with a time of 36:41. Boo Schwartz, Craig DeRemer and Bob Griffith provided timing for the event. Winners received handmade shell medals from the Poddery in Foster.

Top fundraisers for the event were Hudgins and O’...