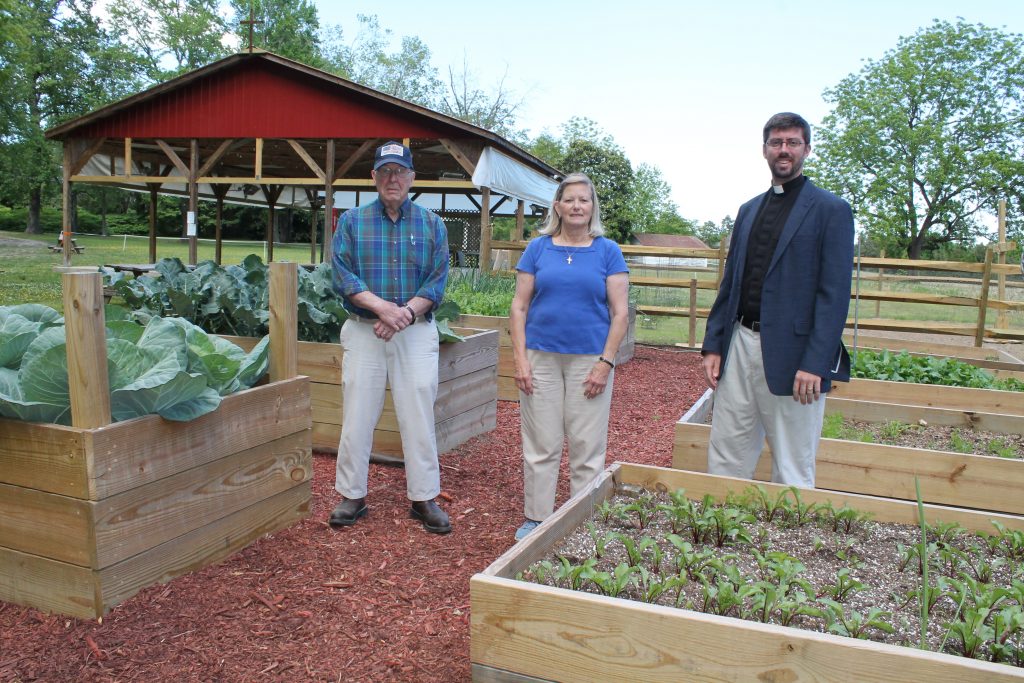 SHERRY HAMILTON / GAZETTE-JOURNAL Kirby and Jane Smith and the Rev. Scott Parnell of Ware Episcopal Church in Gloucester, from left, are the primary caretakers of the Ware Garden, but it was made possible by the work of Boy Scout Troop 111 and others, as well.

SHERRY HAMILTON / GAZETTE-JOURNALThis whimsical scarecrow is one of two that stand guard over the Ware Garden at Ware Episcopal Church in Gloucester.

The Ware Garden, a registered Good News Garden on the grounds of Ware Episcopal Church in Gloucester, is burgeoning.

Cabbages, kale and onions have filled up all available space in their raised beds; carrots, beets and broccoli are sprouting, and 17 pounds of radishes have already been harvested and donated to Gloucester’s Bread for Life food pantry.

Eventually, there will be potatoes, tomatoes, squash, cucumbers and more, and all of it will be donated to the pantry.

Parishioner Jane Smith and the Rev. Scott Parnell, rector, have been the primary caretakers of the garden, but it has come together through the hard work of a number of others, as well. Smith said her husband Kirby has been instrumental in developing the garden, while Eagle Scout Finn Kilduff and other members of Boy Scout Troop 111 raised the height of the initi...