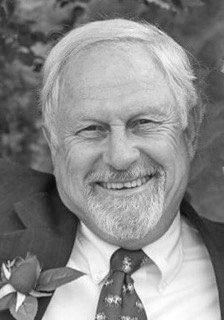 On Sunday, May 13, 1945, the best Mother’s Day present was born to Walter George Strieter and Esther Leona Strieter in Unionville, Michigan.

Walt broke Marjie’s heart on Saturday, June 27, 2020, when he went to be with the Lord. Left to treasure his memories are his wife, Marjorie J. Strieter; his daughter, Anna Strieter (Kenneth); his grandson, Chase Walter Carver; sisters, Barbara Linzner and Vivian Spencer, and also numerous loved nieces and nephews.

Walt left active duty following his tour in Vietnam to return to college and finish his bachelor’s degree in Commercial Art at Ferris College. He remained in the Army Reserve, serving as a Transportation company commander, before returning to active duty around 1979. While attending the Engineer Officer Advanced Course at Fort Belvoir, Virginia, he met Sarah (they were married after Walt completed Ranger training at Fort Benning, Georgia, several months later). Walt then received orders to serve as an Engineer Company Commander in Germany.

Following his tour in Germany, Walt and his family returned to Virginia to serve at the Army Training Support Center (ATSC) at Fort Eustis. Walt left active duty in 1986, to initially work with Allen Corporation writing training systems requirements at the Hampton corporate office. Walt began his civil service career in 1987 with the Deputy Chief of Staff for Combat Development (DCSCD), U.S. Army Training and Doctrine Command (TRADOC) at Fort Monroe, Virginia.

Walt’s achievements and contributions were highly significant during his civil service career. Notably, he oversaw the requirements for the development of several major anti-armor systems that were used during operations Desert Storm and Iraqi Freedom and are continuing to be used to this day. Walt’s career took him from Fort Monroe to Fort Eustis and finally to Fort Lee. Along the way, he attended the Army Management Staff College at Fort Belvoir; retired as a Lieutenant Colonel from the Army Reserve; developed expertise in writing experimentation plans and operational concepts; prioritizing critical force projection science and technology programs, and using deployment simulations.

Walt had a home inspection business (WMS Home Inspections) during the 1980s. He was a licensed building and HVAC contractor. He was always tinkering with projects and was a perfectionist in all the work that he did which made his business successful.

In August of 2013, Walt met the love of his life, Marjie. They married on July 1, 2015 and began the adventure of a lifetime. Traveling, raising thoroughbreds and enjoying their home with the birds, squirrels and chickens made Walt extremely happy.

One of Walt’s passions was metal detecting. He spent many hours in local fields with friends searching for Civil War relics and on local beaches for coins and jewelry. He was also a talented woodworker and artist, using watercolors and oils to create pieces that are treasured by those lucky enough to have been the beneficiary of his talent.

He was a member of Apostles Lutheran Church in Gloucester, Virginia, and he was a brother in the Pi Kappa Alpha (also known as “PIKE”) Fraternity.

Walt had a heart that was bigger than life and he was always willing to help anyone, always thinking of the well-being of others. He also loved animals of all types. He was known to stop on the highway just to move a turtle off the road so it would be out of harm’s way. Walt never knew a stranger and leaves behind more wonderful lifelong friends and extended family than could ever be counted.

Walt will be buried at Arlington National Cemetery with full honors, and there will be a celebration of his life at a later date.