Vocal trio to perform in Concerts by the Bay show 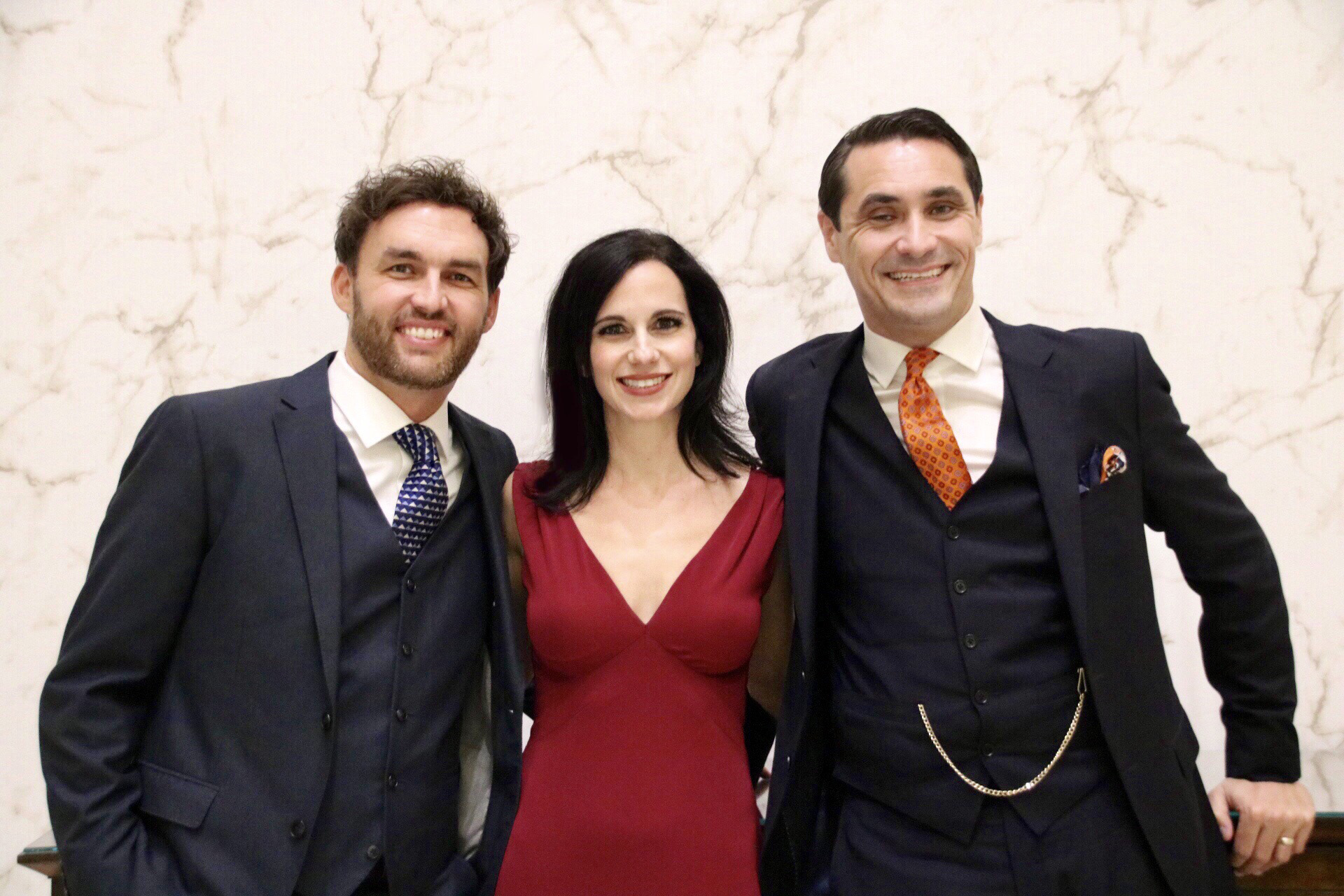 Empire Trio members, from left, baritone Michael Kelly, soprano Erin Shields, and vocalist/accompanist David Shenton, will perform at 3 p.m. on Sunday, Nov. 20, in the Concerts by the Bay series at Mathews High School.

Empire Trio will perform at 3 p.m. on Sunday, Nov. 20, at Mathews High School, in the Concerts by the Bay concert series.

Formerly known as O Sole Trio, the group has created a brand-new show, “Hooray for Hollywood,” that provides an evening of the most beloved songs from the world of film, said a press release.

The three musicians came together several years ago to create a musical explosion, said the release, featuring the lush voices of soprano Erin Shields and baritone Michael Kelly, along with the virtuosic David Shenton singing and playing piano and violin.

The group quickly established itself as a musical force, said the release, selling out major venues such as Carnegie Hall, Lincoln Center for the Performing Arts, and over 300 other venues across the United States and in Canada and the United Kingdom.

Among the works featured in Hooray for Hollywood are hits from “Casablanca,” “James Bond,” “Titanic” and “The Wizard of Oz.”