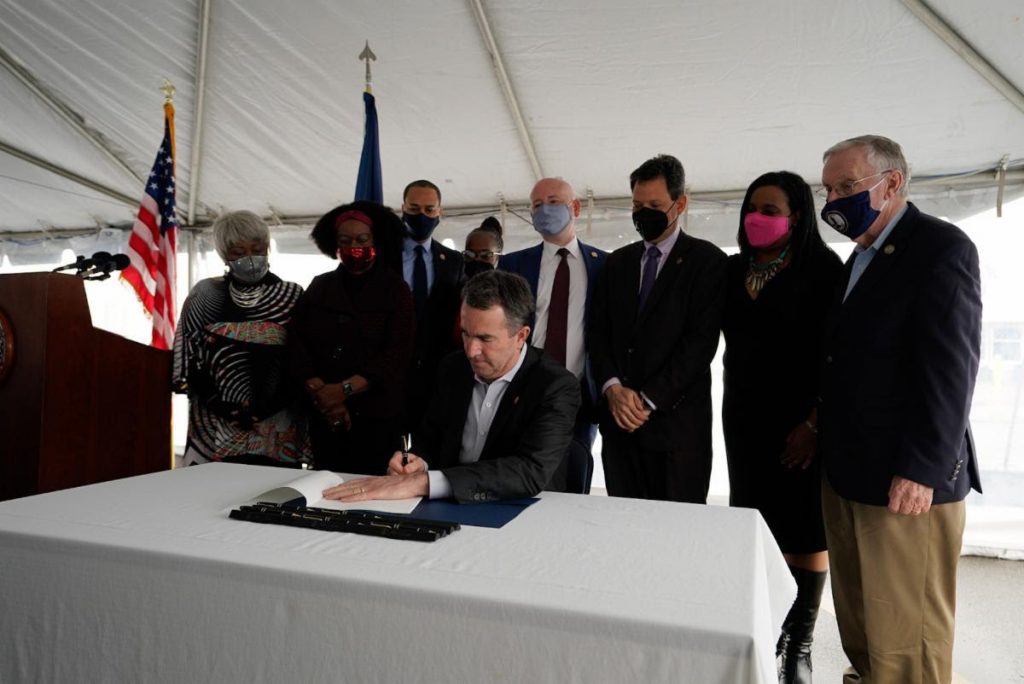 Virginia became the 23rd state in the nation, and the first in the South, to abolish the death penalty, following legislation signed into law last Wednesday by Gov. Ralph Northam.

Senate Bill 1165, sponsored by Sen. Scott Surovell (D-Fairfax), and House Bill 2263, sponsored by Del. Mike Mullin (D-Newport News), prohibit the use of capital punishment for any violation of Virginia law.

Northam signed the death penalty repeal into law during a ceremony outside the Greensville Correctional Center in Jarratt. Prior to the bill signing, he toured the facility’s execution chamber, where 102 people have been executed since its opening in 1991. The most recent execution in Virginia was carried out in 2017.

“Over our 400-year history, Virginia has executed more people than any other state,” said Northam. “The death penalty system is fundamentally flawed—it is inequitable, ineffective, and it has no place in this commonwealth or this country. Virginia has come within days of executing i...