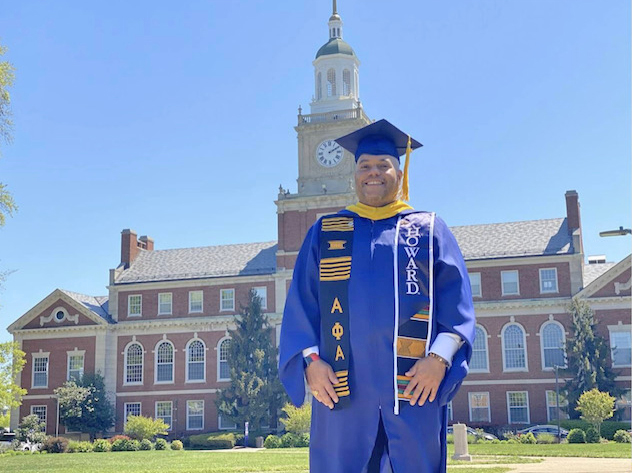 Reuben Vassar of Gloucester graduated May 5 from Howard University with a master’s degree in Atmospheric Science.

Reuben Vassar of Gloucester graduated May 5 from Howard University with a master’s degree in Atmospheric Science. Vassar received department honors and was selected to work at the National Geospatial Intelligence Agency for his follow-on military assignment. He was one of two Warrant Officers selected for the Army Advance Civil Schooling Program, which paid his tuition in full.

Vassar has served in the Army for about 22 years and has served four terms of deployment, twice in Iraq and Afghanistan. Prior to his last deployment, he visited his home in Gloucester and noticed severe damage to his home.

“We always told him to relax but he said he was not raised to live like that,” said...