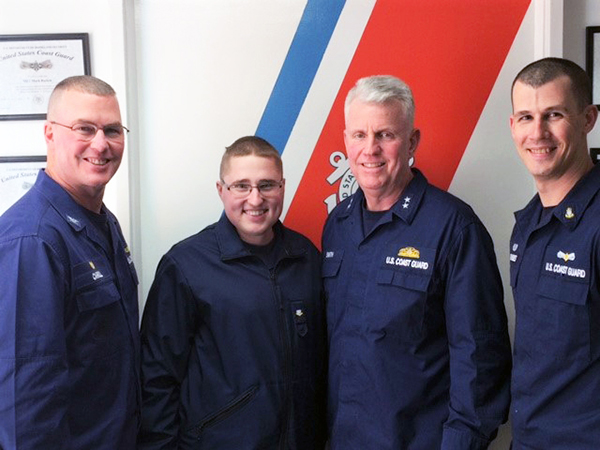 After meeting with Chief Boatswain mate Joshua Menges, Officer in Charge of Station Milford Haven, Smith joined the men and women of the station for lunch. During any station visit, Smith likes to meet one of the outstanding Coasties who reflect the ideals of the Coast Guard, a press release stated.

Boatswain mate 3rd class (BM3) Nathanial Johnson and BM3 Stephen Reiss, Aids to Navigation Team, were recognized and thanked by Smith for their exemplary service and contribution to the community, the station, and the Coast Guard.