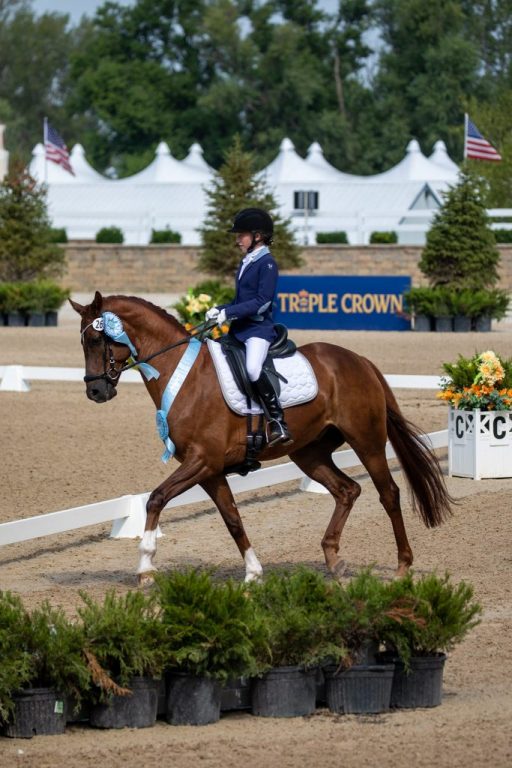 Sienna Rowe of Urbanna competed in the U.S. Dressage Festival of Champions on Lightfire Just Do It, finishing with a rank of 10th in the nation in the 12-14 year-old rider competition. She is the daughter of Jason and Emilie Rowe of Urbanna.

Sienna Rowe, 12, of Urbanna, recently competed in the invitational U.S. Dressage Festival of Champions, finishing the competition ranked 10th in the nation in the 12-14 age group.

Rowe’s competition consisted of a team test and an individual test, each of which counted 50 percent toward her overall score, said the release. She competed on Lightfire Just Do It, also known as “Nike,” a 10-year-old Westphalian gelding.

Trainers Christian Garweg and Billy Lemon of Serenity Farm in Gloucester have been working with Rowe for the past year-and-a-half. Garweg, a German-born rider and trainer, has competed successfully nationally and internationally through the Grand Prix level, said the release.

Rowe will compete in Lexin...