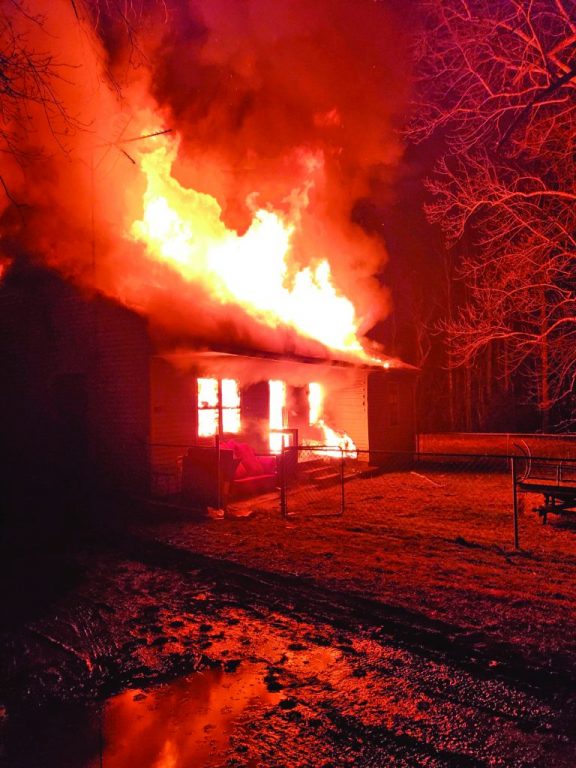 An unoccupied home in the 3900 block of Blue Bird Lane in Glenns was destroyed by fire early Tuesday morning.

Members of the Gloucester Volunteer Fire and Rescue Squad were dispatched to the house at 12:13 a.m. on the report of a structure fire, said GVFRS chief J.D. Clements. Four engines, a tanker, a heavy rescue truck, an ambulance, and 18 firefighters responded, with Captain Joe Lenderman serving as officer in charge.

There were no injuries, but the structure was a total loss. Clements said that firefighting efforts were extremely difficult because of wet ground conditions and the location of the structure. The fire rekindled, and firefighters returned at around 7:33 a.m. to further extinguish it. The incident is under investigation by the sheriff’s office, Clements said.