Ukrainian artist uses her work to help her native land 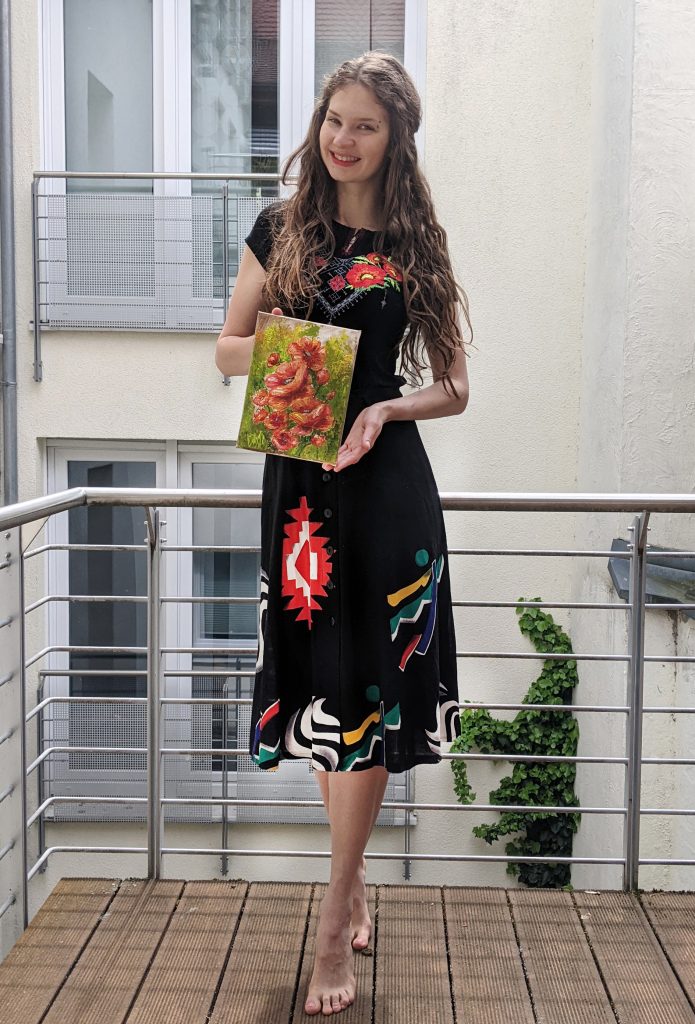 Ukrainian artist Sofiia Komarova is donating the proceeds from the sale of her artwork to war and humanitarian efforts in Ukraine. Here, she is shown with an oil painting of poppies. Below is a print of a space-themed watercolor she created.

Ukrainian artist Sofiia Komarova, a Facebook friend of Mathews resident Billy Senyk, fled with her family from their home in Kharkiv on Feb. 23, the day Russia began bombing her country. The family is now in Germany, making a new life, with Sofiia using her art to raise funds for Ukraine.

Sofiia said it was clear before the war began, from information that was being provided through the internet and newspapers, that Russian president Vladimir Putin was preparing to engage militarily in the eastern region of Ukraine. With Kharkiv located just 60 kilometers (37 miles) from the Russian border, she and her husband, Andreii, were concerned their city would be one of those struck, and they didn’t want their 3-year-old daughter Yeva to be caught up in a war.

“My husband said when the Second World War started, Hitler spoke in the same way,” she said. “We combined these facts, argued on February 21 and 22, and on the 23rd decided to pack up and move away from the border.”