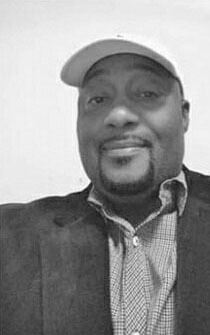 Timothy Myron Harris, age 51, passed away peacefully at his home in Newport News, Virginia, on May 19, 2020.
He was the youngest of five sons born to Arthur Franklin Harris Sr. and the late Cora Elizabeth Jackson Harris of Gloucester, Virginia.

Tim was raised in Gloucester County and was a graduate of Gloucester High School. He later attended Rappahannock Community College in Glenns, Virginia, where he obtained an associate degree in mechanical drawing.

Tim was employed by the Crofton Diving Corporation in Portsmouth, Virginia. He was also an instructor at the New Horizons Regional Educational Center located in Hampton, Virginia.

Tim was preceded in death by his mother, Cora Harris, and brother, James Jackson. He is survived by his father, Arthur Harris Sr.; three brothers, Arthur Harris Jr. (Cynthia), John Harris and Alfred Harris (Pamela); an uncle, Matt Jackson (Rose); one nephew, Monté Harris (Tiffany); two great-nieces, Trinity and Taelynn, and a host of other relatives and friends.

A visitation will be held on Thursday, May 28, 2020, from 6-8 p.m. at the Altmeyer Funeral Home, Riverside Chapel, 7415 River Road, Newport News. A private funeral service will take place at the funeral home on Friday, May 29, 2020, followed by interment at the Zion Hill Baptist Church Cemetery in Gloucester.