by Tom Chillemi, Southside Sentinel- Special to the Gazette-Journal on March 31, 2021 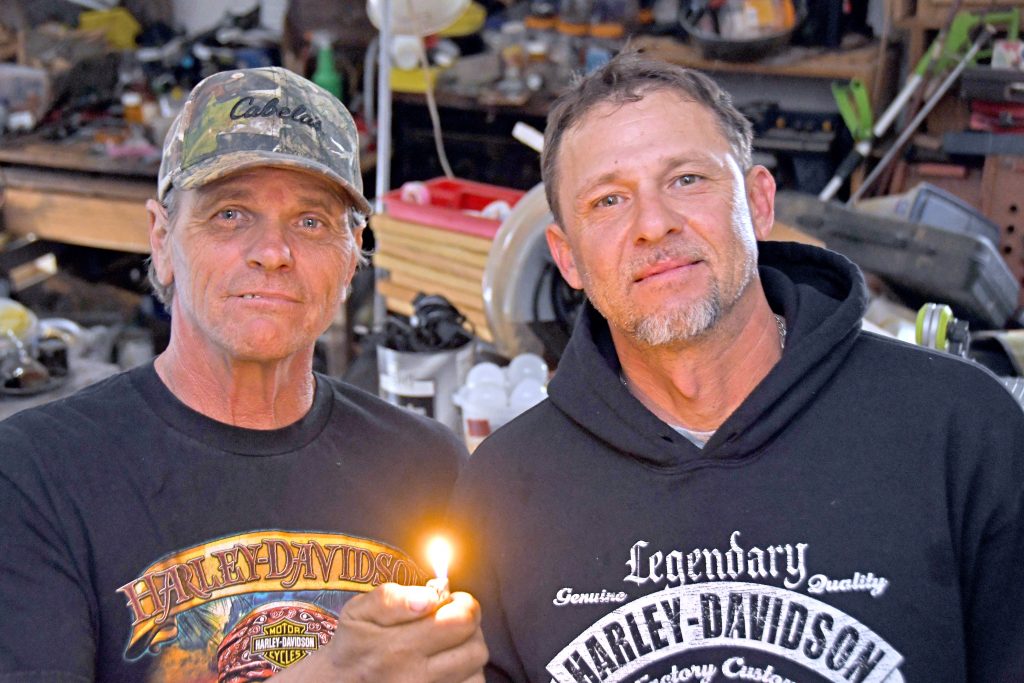 TOM CHILLEMI / SOUTHSIDE SENTINEL The flame from this Bic lighter lit the fire that helped three stranded, wet men survive a cold night on the Dragon Run. Holding the lighter is Darrell Danley, left, and he is joined by Billy Wilson, who walked through marsh to get help. Not pictured is John Sanders.

Three Gloucester men were fishing from a 19-foot bass boat on Sunday, March 14, about 3:30 p.m., when the bait well hose became disconnected and the small boat started taking on water, said Billy Wilson. In two minutes they were in the frigid water that was about 54 degrees. The boat went down close to shore and they pulled the bow to shallow water so only the stern was submerged.

Fortunately, they were near the land and were able to wade to the Middlesex County side.

Their soaked cell phones were useless. Only one person on land knew they had gone fishing at the headwaters of the Piankatank River where it meets the Dragon Run. Now, Wilson, Darrell Danley and John Sanders were in a nameless marsh, soaking wet with a cold wind blowing and temperatures in the 40s.

Drying their clothes was essential to survival.

Luckily, Wilson had the disposa...