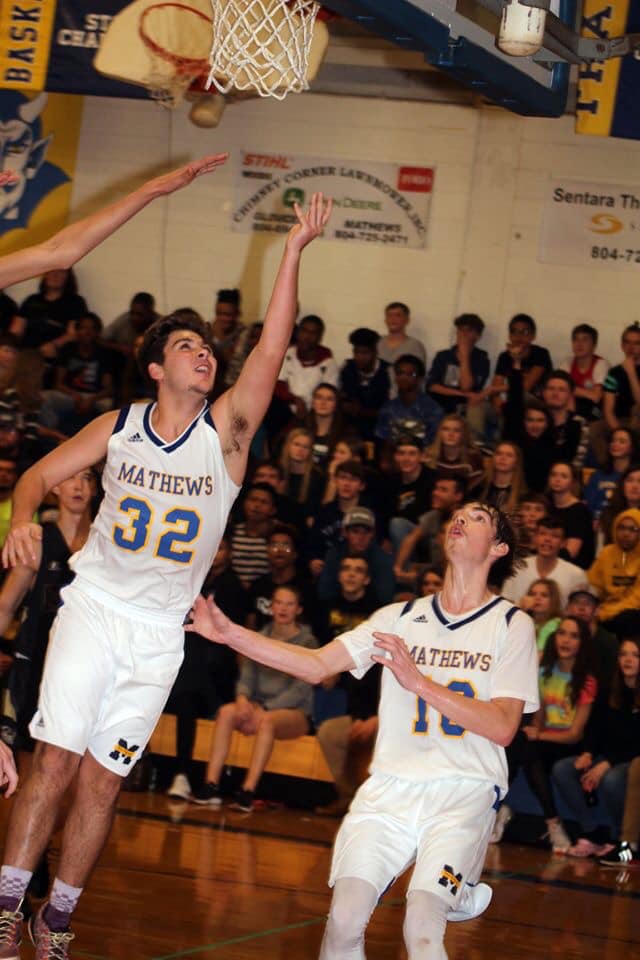 Junior Caleb Thomas received first team All-State honors, while senior Christian Williams was named second team All-State. The Mathews High School boys’ basketball team finished the year with a 24-7 record, ending the year as Class 1 co-champion along with Auburn after the March 12 championship game was cancelled because of the COVID-19 pandemic.

Thomas and Williams were the scoring standouts the year. Both reached the 1,000-point career mark. Thomas averaged 18 points per game in the regular season, as well as 15 rebounds, five blocks and five assists. In post-season play, he increased that to 23 ppg and 16 rebounds.

Williams scored 15 points and pulled down 16 rebounds per game in the regular season, increasing his point total to 18 ppg in the playoffs. A standout member of the Blue Devils’ baseball team (although he didn’t get a chance to...