The Men of the Iota cook up a successful day 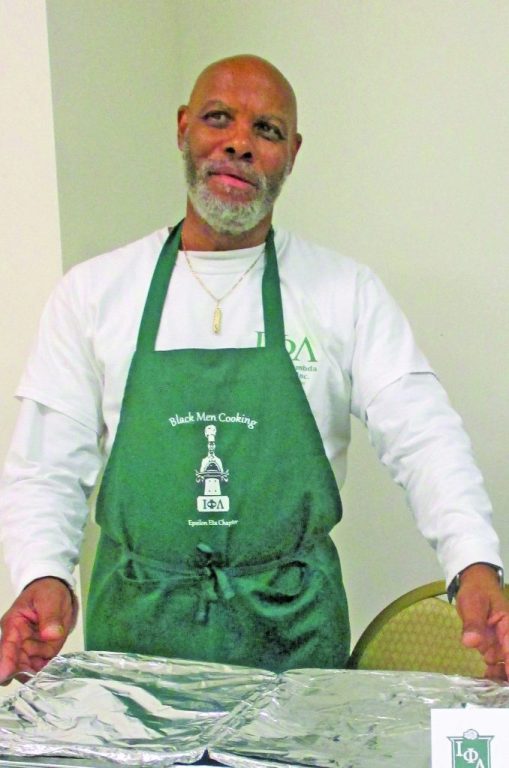 The chefs who prepare their special dishes at Black Men Cooking and present them for a crowd, estimated this year at 170, are considered “Men of the Iota.”

They are supporting the annual scholarship fundraiser sponsored by the Epsilon Chapter of Iota Phi Lambda Sorority, Inc. This year’s fundraiser was held at the Moody’s Event Center in White Marsh, and last week we featured the young cooks who made their appearance at the event.

This week, the second part of the story, we tell about the men who are the backbone of this sorority’s event.

Marilyn Morris, Iota chapter president, said both the cooks and “the men who help in many other ways,” have made Black Men Cooking a highly anticipated and successful event each February for 10 years.

Among the 26 chefs participating in this year’s event were two first timers: Andrew Foster and Keith Osborne Sr. Foster, who lives in Newport News, said he grew up on a farm where good cooking was a daily event. Through a friend’s request he...