Terry Hearn started his automotive career as a teenager 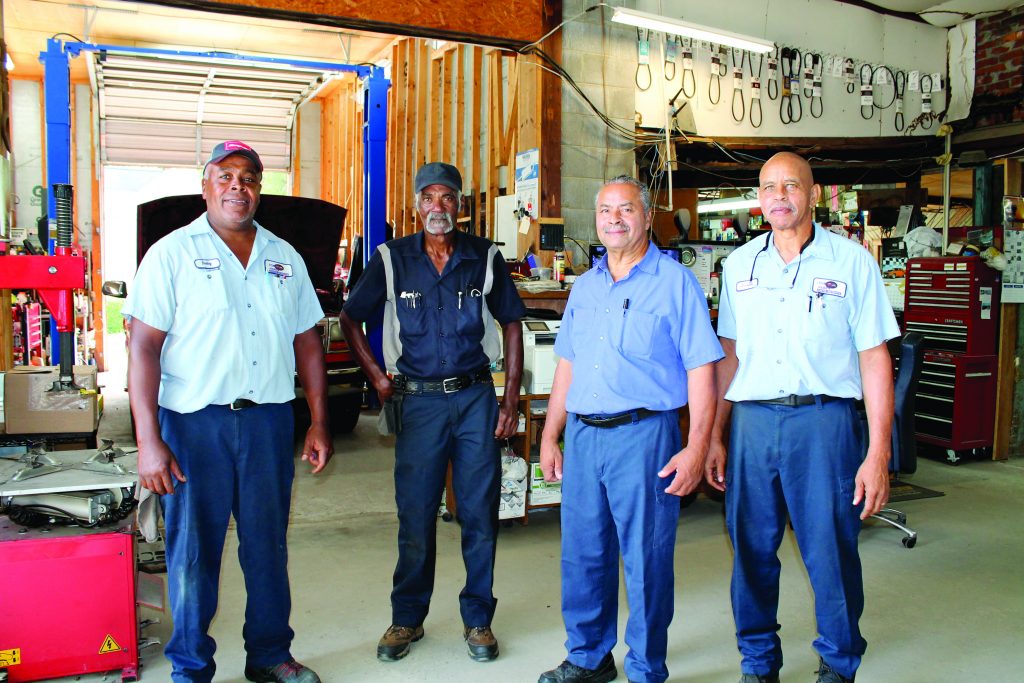 SHERRY HAMILTON / GAZETTE-JOURNAL Terry Hearn, second from right, is the owner of Tom Hearn Auto Service at Cobbs Creek. Shown with him are mechanics, from left, Bobby Harris, Gregory Hudgins, and Dwayne Ward.

Terry Hearn, owner of Tom Hearn Auto Service at Cobbs Creek, was always fascinated by cars, and he always loved to tinker with his hands, so it was only natural that he jumped at his first chance to work in an auto mechanic’s shop—at the tender age of 13.

The chance came when Tom Hearn, his uncle, offered him a job working evenings in his part-time shop. At that time, Tom was a mechanic for the former Twigg Motor Company in downtown Mathews, but he always had his own auto repair business on the side, first at Port Haywood, and later at the business’s current site at Cobbs Creek.

Terry’s first job was keeping the shop clean and doing oil changes. It was just the two of them, and Tom didn’t cut corners because Terry was young; he paid him a regular part-time wage. As time went by, Terry learned to do more things, both under Tom’s tutelage and as a student in the auto mechanics class at Thomas Hunter High School.