Talbott cast into the role of ‘Marina Woman’ 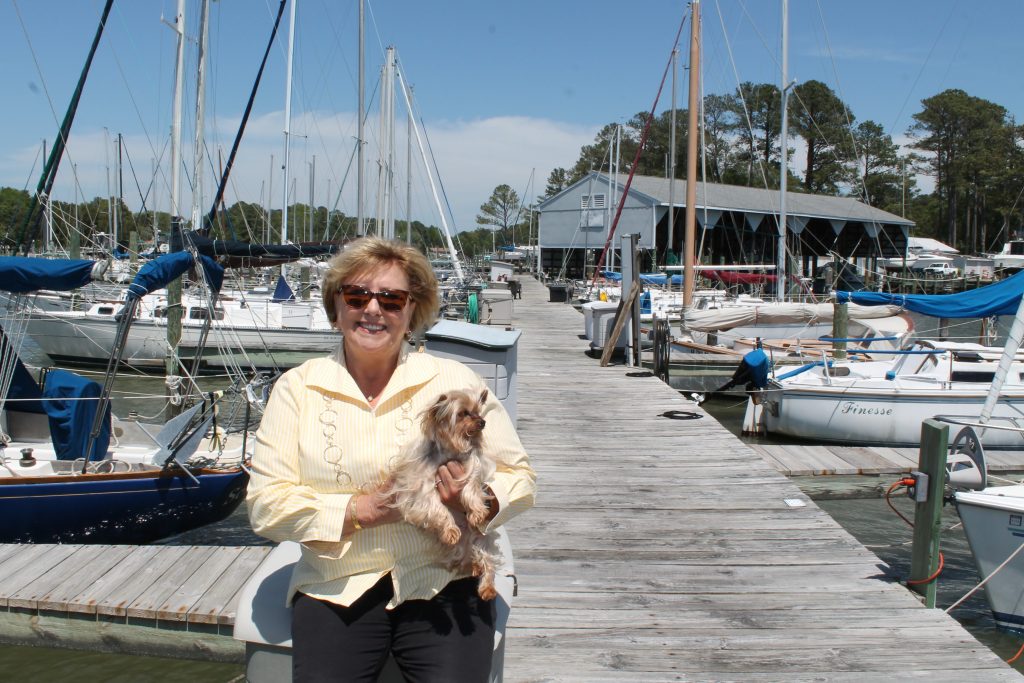 Darlene Talbott is the proud owner and operator of Mobjack Bay Marina on Green Mansion Cove off the North River in Mathews. She and her little Yorkie Lulu enjoy their days on the peaceful cove.

Owning a marina was not Darlene Talbott’s dream. It was her husband Mike’s.

But when Mobjack Bay Marina on Green Mansion Cove off the North River went up for sale in 1987, she supported him, and they bought it. They lived next door, so Mike was able to walk to work, and Darlene would mosey over when the bathrooms needed cleaning or things needed sprucing up. She continued to happily work at her job for a dermatologist while he followed his dream.

Then Mike passed away in 2003, after asking Darlene to run the marina.

“So I became the Marina Woman,” she said.

Talbott soon found that the marina business was “pretty much a man’s world.” There were a few women here who owned marinas, she said, but that didn’t do much to dispel the “you can’t do that; you’re a woman” attitude. She said she tried not to take it personally, but she couldn’t help it sometimes.

Talbott has faced a number of challenges over the years, from large to small. Storms are always difficult for marina own...