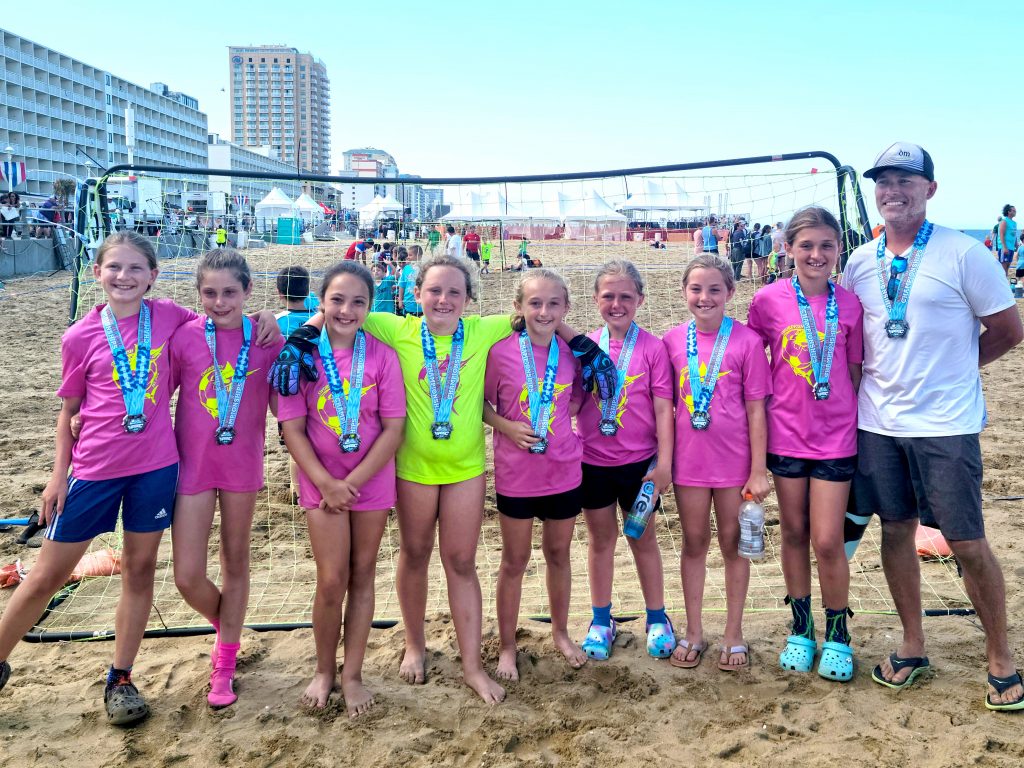 The Baystars Swordfish U11 beach soccer team traveled to Virginia Beach over the weekend to compete in North American Sand Soccer Champions Tournament. The Swordfish played in four games, winning two, tying once and losing once.

In the first game, the Swordfish shut out the Wave Riders, 4-0. Following the win the team tied with the Sting in its second game, 1-1. The Swordfish dominated in the semifinal, beating We R United, 5-0.

The Swordfish faced off against the Sting once again in the finals. The Sting took an early 1-0 lead before the game was interrupted by severe weather. When the match resumed the Swordfish was unable to make a comeback, losing 1-0.

Scoring over the weekend for the Swordfish were Skyler Collins, Reylan Miltenberger, Maddie Gray and Shaelynn Slusher. Layla Vance was the goalkeeper for the weekend and only allowed two goals in four games.
...