Strong showing for Mobjack in Philadelphia 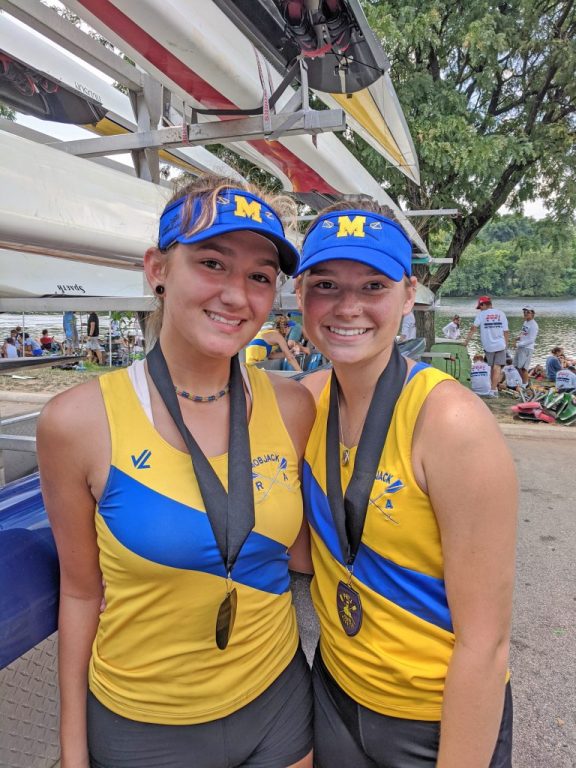 Scarlet Johnson, at left, and cousin Macy Johnson provided one of the highlights of the day for the Mobjack Rowing Association on Saturday at the Philadelphia Youth Regatta with the fastest time out of 21 boats in the Girls Colt U17 Double.

This year’s regatta was attended by 51 teams with 1,260 athletes competing in all. Even though MRA rowers have had very little time on race courses over the past two years due to COVID-19 mandates, they still had a strong showing that bodes well for the future of the team.

The first race for MRA was the Boy’s Cadet U19 Quad race. Rowers Jaxon McDonald, Matthew Morgan, Ben Stroud and Cole Wheeler came in fifth in their flight with a time of 5:24.98.

On the women’s side, rowers Lillian Copeland, Lily Baucom...