Standing on a piece of Mathews history 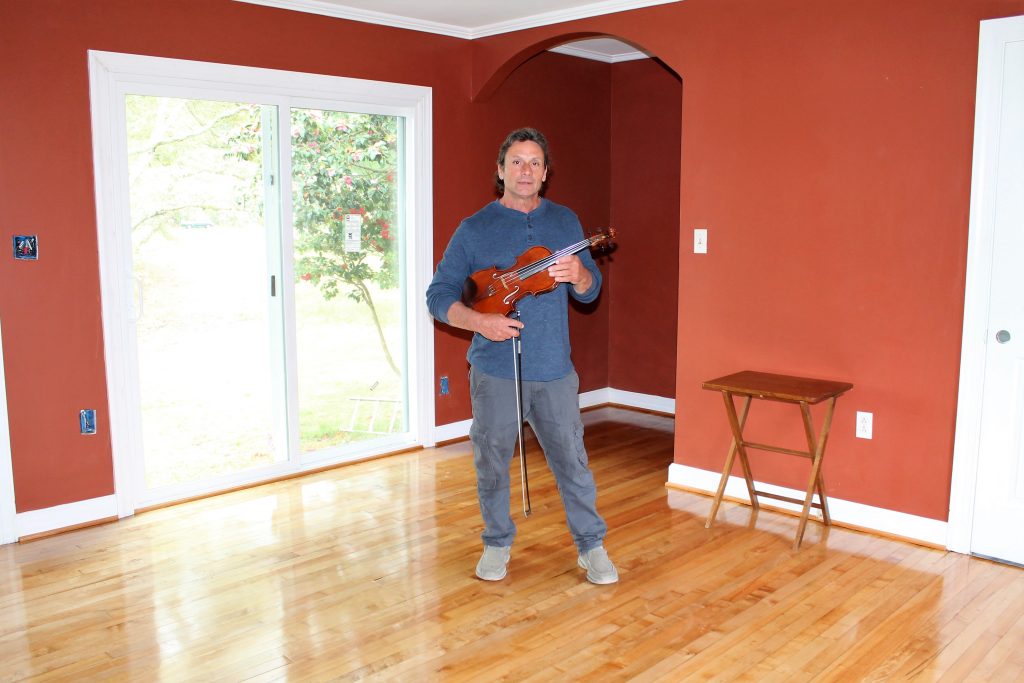 SHERRY HAMILTON / GAZETTE-JOURNAL Michael Gregg of Foster used maple flooring from the old Lee-Jackson School that he demolished in 2001 for the floor of his recently-completed music room/office at his family home on the East River. The flooring helps create the perfect atmosphere for playing his fiddle, which is also made from maple.

Michael Gregg grew up in a circa 1870 home on the East River in Mathews, and although he now lives in a newer home next door, the old home is still central to his life.

Every morning, he walks over to the old house and brews a pot of coffee, looking out over the river and listening to Beethoven or Paganini in the kitchen where he and his brother once listened to Aerosmith. Then he spends an hour or so playing his violin before getting down to business clearing land, hauling sand and gravel, and building roads.

Over time, since his father and brother passed away and his mother went to live in a nursing home, Gregg has worked on the house, most recently converting a downstairs bedroom into an office and music room for his own use.

For the room conversion, Gregg used a piece of his own history—flooring from the former Lee-Jackson School, built in 1933. He attended elementary school there, and when the school was demolished in 2001, he won the contract for the demolition, persona...