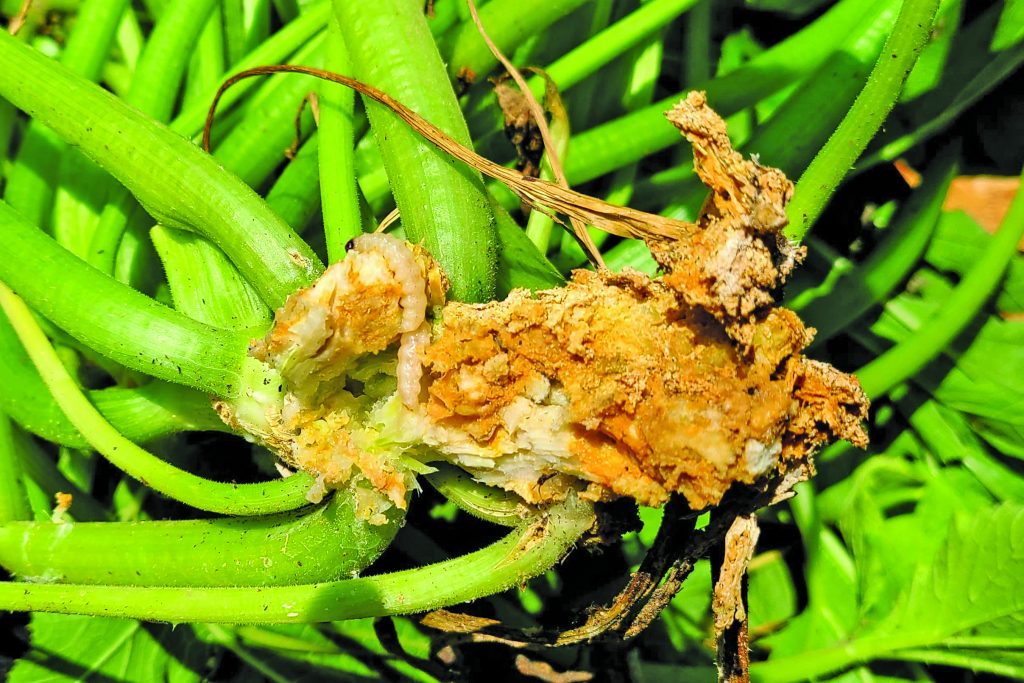 If you have been gardening for many years, you know that Mother Nature can spring surprises on you with very little warning. If you are new to gardening, you will soon discover that a growing season rarely proceeds according to plan.

Jim decided to try vegetable gardening after he retired a few years ago. He started small, with just four raised beds. He has since expanded the garden to eight beds and a trellis for blackberry vines.

During the past few summers, we have feasted on tomatoes, cucumbers, onions, asparagus, okra, zucchini, and summer squash with little interference from the weather and the insect world. This season is proving to be unlike the previous ones. The asparagus crop was sparse and the tomatoes aren’t ripening, possibly due to something called heat delay.

Last week, Jim told me, “My squash vines have wilted, and look what I found.” He showed me a portion of a squash stem that looked eaten. Inside were two fat, whitish, ½-inch long caterpillars with dark he...