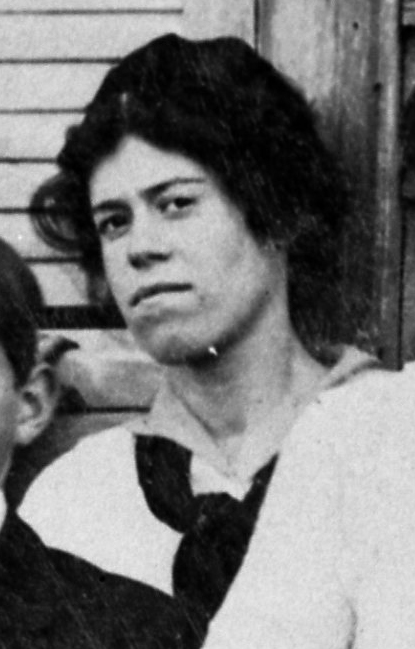 Edith Keyes as a student at Foster School, around 1910.

Pulled out of the East River by her father, the toddler Edith Keyes of Foster appeared to be dead.

She had fallen into the soft mud and six-inch depth of the river at the age of 18 months. She was apparently lifeless; handed over to her mom, the mother shrieked and dropped her in the yard. “And that water came pouring out of my mouth,” Edith Keyes Shackelford recalled in 1982, as the Gazette-Journal told her story.

But that wasn’t the first time her story had been told. Edith held onto a yellowed newspaper clipping telling the story which shocked her neighborhood in 1898.

A neighbor, Mr. Bailey, refused to give up on the child. Rubbing the little body, then placing it in a mustard bath, as the old paper told it, circulation was restored. The family put away its shrouds: Edith began to breathe again.

She lived to attend Foster School, marry twice, and to celebrate her 88th birthday before dying in 1984 at the age of 88.
...