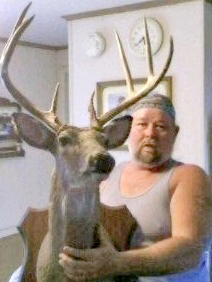 Salvin “Bubba” Lowney, 62, of Gloucester, passed away peacefully at his home on Dec. 28, 2021, surrounded by family and friends after living life to its fullest. “Bubba” left this physical world to HUNT and FISH the “Big” fields and rivers eternally.

Bubba was preceded in death by his parents, Jessie and Nancy, and his eldest son, Christopher. He is survived by his sister, Shirley Mae Rosell of Gloucester; his loving daughter, Kimberly, who was by his side throughout his battle with cancer; his three sons, Jonathan, Tyler, and Brandon, and his grandchildren, Ryan, Jacob, Adrianna, Serintey, Isaiah, Christian, and Annabelle.