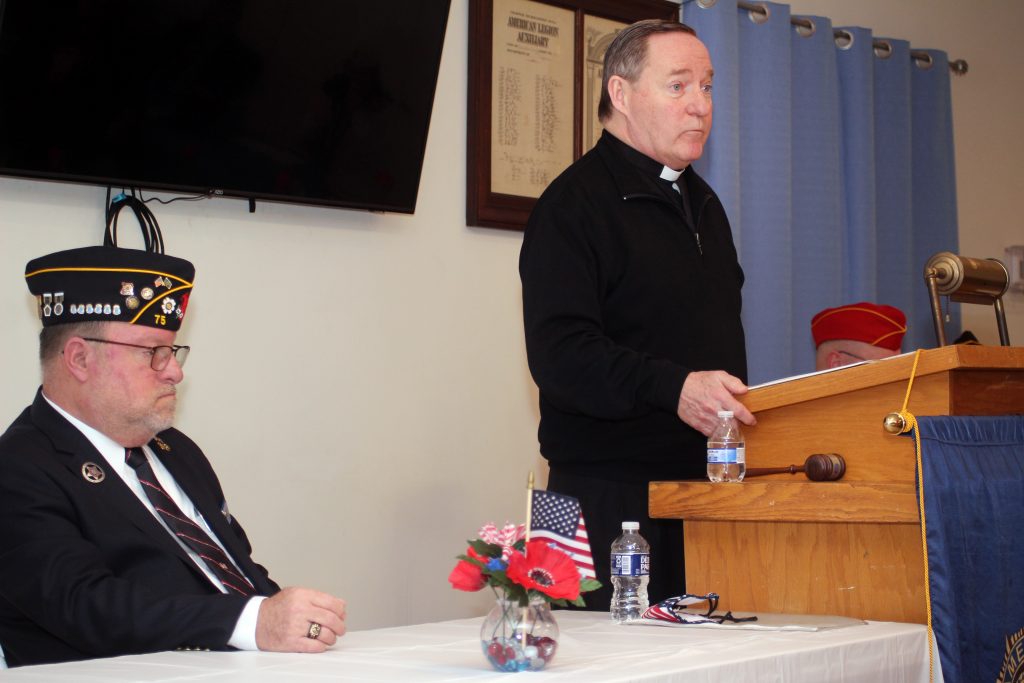 During the height of World War II, four military chaplains of different denominations had their faith put to the ultimate test. And, nearly 80 years later, they are still remembered for the actions they took in the early morning hours of Feb. 3, 1943.

The 79th anniversary of the Four Chaplains Service was held on Saturday at American Legion Post 75, Gloucester. A large crowd turned out to honor the four men who sacrificed their own lives, giving up their life vests in the hope to save others as a torpedoed troopship SS Dorchester sank in the icy waters of the Atlantic.

“All of the chaplains could have made other choices, but they didn’t,” said the Rev. James Cowles, the program’s guest speaker. The four men—the Rev. George L. Fox, a Methodist minister, Rabbi Alexander D. Goode, Catholic priest Fr. John P. Washington and Clark V. Polling, a Dutch Reformed minister—tried to calm the frightened men, tended to the wounded and guided them toward safety.

Eventually, they gave their...