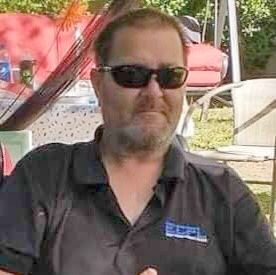 Ronald Eugene Williams of North, Virginia, died on Friday, Nov. 5, 2021, at the age of 58 at Riverside Walter Reed Hospital. Ronald was born on Feb. 17, 1963 to the late Jasper “Jack” Williams and Kathleen McKensey. After Ronald was discharged from the United States Marines, he became a painting contractor and spent 20 years with Encore Paint Company, and then went on to become a private painting contractor. Ronald is survived by his wife, Linda Williams; his mother, Kathleen McKensey; his three children, Barbara Fracasse (Kevin Daniel), Jessica Williams and Michael Williams; grandchildren, Seth Fracasse, Caleb Fracasse and Riley Daniel; siblings, Rickie Williams (Diane), Mary Catherine Stanley, Marcia Belvin and many wonderful nieces and nephews, as well. Ronald was preceded in death by his father, Jasper “Jack” Williams, and his two brothers, John Williams, Freddie Williams, and brother-in-law, S.T. Stanley. A Celebration of Life service conducted by Chaplain John Seltzer was held at Hogg Funeral Home on Wednesday, Nov. 17, 2021, at 2 p.m. Services under the direction of Hogg Funeral Home & Crematory.