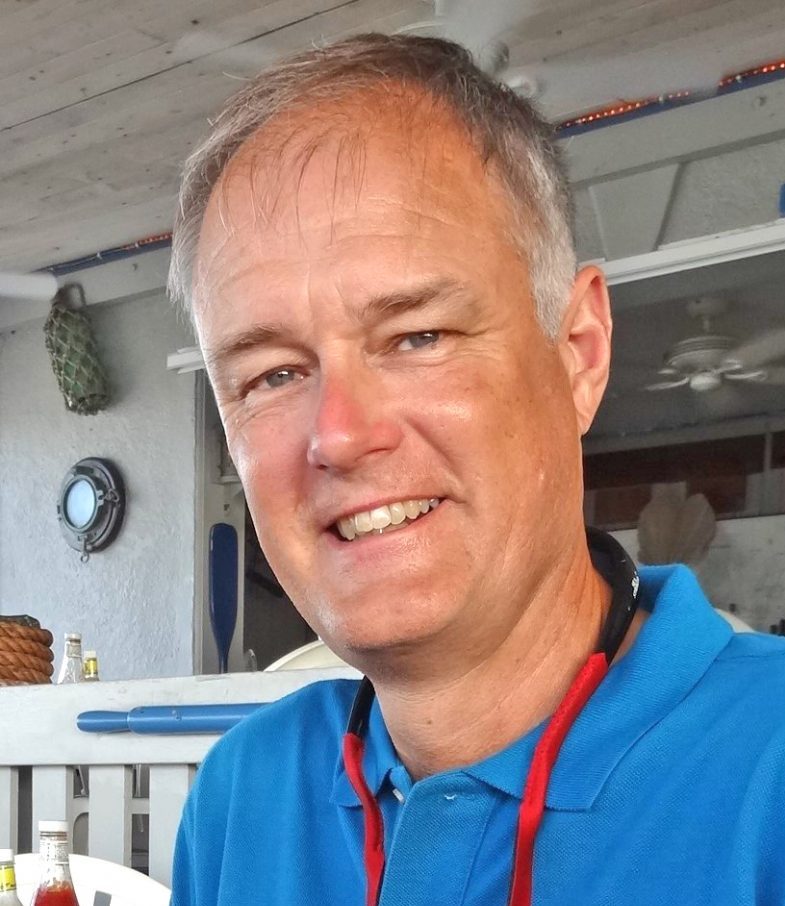 Robert Wood Parlett of Bena, died unexpectedly at the age of 66 on Feb. 16, 2022 in Gloucester, Virginia. He was born on Nov. 6, 1955 to Ann Wood (NASA Human Computer) and Lysle Parlett (NASA Engineer), who preceded him in death. Survivors include his wife of 37 years, Lynn; their two children, Robyn Parlett Crossley (David), Jay Parlett (Morgan); grandchildren, Lauren Crossley, Rayland Crossley, Beau Parlett, Decland Crossley and Leeland Crossley, who is on the way; siblings, Caroline Parlett, Alec Parlett (Dolores), and nieces, Jennifer and Megan. Robert spent his early years in Hampton, moving to Gloucester County in middle school. His great joys were sailing on the York River and teaching Herpetology at Nature Camp in the mountains of Virginia. Robert graduated with a degree in Ornamental Horticulture from Christopher Newport University. He managed the Landscape Department at Busch Gardens in Williamsburg for 15 years, winning Most Beautiful Park year after year. Robert co-founded Chesapeake Bay Landscape & Design with his longtime friend and business partner, Mary Wikswo, where he was still working. Robert was a Master Firefighter and member of Abingdon Volunteer Fire and Rescue for over 40 years. He met his wife Lynn on the rescue squad where they were both EMTs. Robert served as Lieutenant, Captain, Board Member, Vice President, President and actively as Public Information Officer. Robert was an Active Life Member, participating in many apparatus committees, trainings, mentorships and community liaison groups. He was an integral part in merging AVRS and AVFD. Robert was the go-to guy who could work with anyone and had a wealth of experience and knowledge in the world of fire and rescue. He stepped up wherever needed and made sure the fire/rescue service became a Parlett tradition for his children Robyn and Jay.

Robert was a Renaissance Man. He was equally adept at shucking an oyster, mixing a rum drink, building a table, flying a drone or tumbling with his grandchildren. He loved Eleuthera, Bahamas, and created endless videos to share with his fellow travelers. The most treasured times were spent with his children and their families. Robert loved cooking on the grill and always trying new recipes for his family feasts. Swinging, exploring and checking his Tiki Bar lights were much anticipated activities for Rayland, Beau and Decland. Robert, Dad, Pop will live on in our hearts forever. The family received friends at Hogg Funeral Home, Monday, Feb. 21, 2022, from 6-7:30 p.m. On Tuesday, Feb. 22, 2022, at 11 a.m. a service of celebration was held in Abingdon Episcopal Church, conducted by the Rev. Sven vanBaars; a reception followed. Livestreaming was available for the service on the Abingdon Episcopal Church Facebook page. In memory of Robert, please consider contributions to Abingdon Volunteer Fire & Rescue, P.O. Box 9, Bena, Va. 23018.
Services under the direction of Hogg Funeral Home.