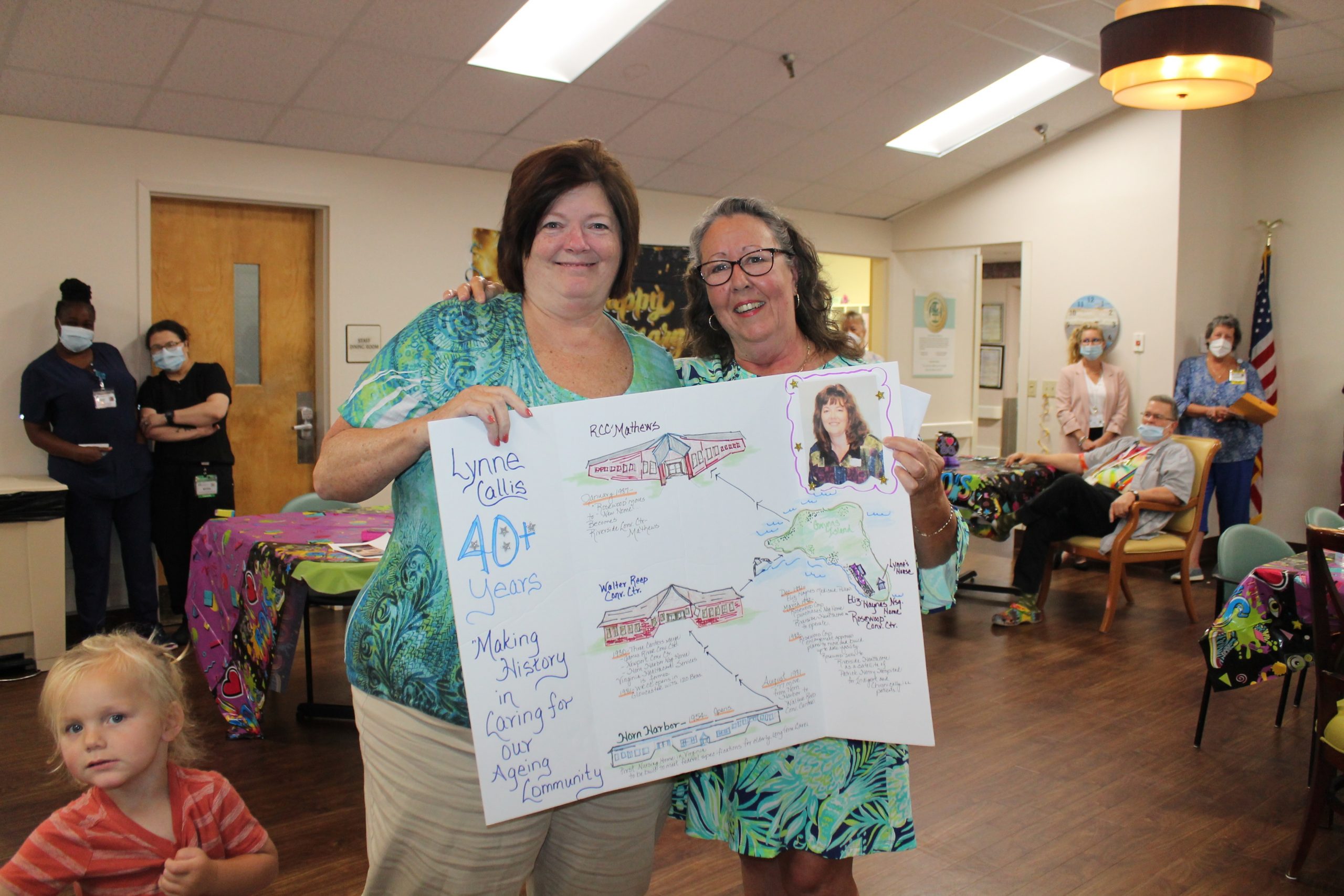 SHERRY HAMILTON / GAZETTE-JOURNAL Lynne Callis, at left, celebrated her 40th anniversary as a Riverside Health System employee last Wednesday at a surprise party given by her co-workers at the newly-named Riverside Lifelong Health & Rehabilitation Center-Mathews (previously Riverside Convalescent Center-Mathews). Here, she is presented with a poster telling of her career by Mary Pope, former medical supply coordinator at the facility.

There was plenty of love to go around last week at Riverside Lifelong Health & Rehabilitation Center–Mathews (formerly Riverside Convalescent Center–Mathews) as employees celebrated Lynne Callis’s 40th anniversary at the center. The celebration included food and fun with co-workers past and present and with family members.

Administrator Melissa Evans launched the celebration with a rundown of Callis’s history with Riverside, along with some highlights compiled by MDS Coordinator Jenny Poole.

Callis’s career with the Riverside system began with the former Rosewood Nursing Home on Gwynn’s Island, which was “practically in her backyard,” said Evans.

“Back then, Lynne wore a white uniform and her starched, white nursing cap to work,” said Evans. She said a resident there had to receive iron injections, and even when Callis wasn’t on duty, she would drop by to give the injections. When laundry was done, Callis would hang the clothes out to dry to make sure the residents had cl...