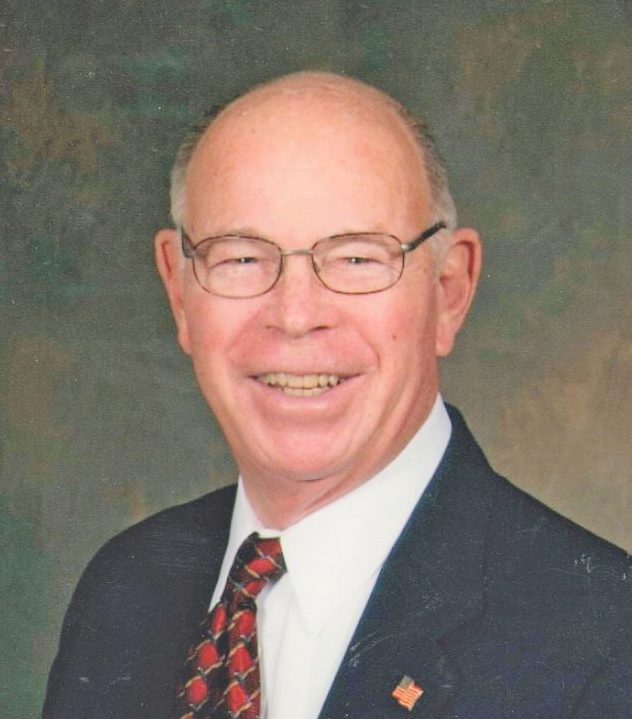 Richard “Dick” Hollerith Jr., born Oct. 4, 1926 in Philadelphia, grew up in Riverton, New Jersey. He died May 23, 2022. He was the son of Mary Spencer and Richard Hollerith, and grandson of the inventor Dr. Herman Hollerith.

He attended Moorestown Friends School, graduated from Lawrenceville School, and was in the Navy V-12 program attending Dartmouth College. He graduated with a B.A. in geology and naval science, and received a commission as Ensign USNR.

Following his 1947 graduation from Dartmouth, he went to the Philadelphia Museum School of Art, now called University of the Arts, and graduated in 1951 as an Industrial Designer. Shortly afterwards, he married Joan Moore of Haddonfield, N.J., with whom he had five children: Nanci, Spenny, Richy, John and Sue. Spenny died when he was only a year old.

Dick worked in New York with Raymond Spilman, a well-known Industrial Designer, then worked as Director of Design for 10 years at the Monroe Calculating Machine Company which became part of Litton Industries. This was followed by working for Henry Dreyfuss Associates, all the while becoming active in the professional Industrial Design Society.

After his time with Henry Dreyfuss, Dick went out on his own as an Industrial Design Consultant and during the following years he was involved in a startup computer printer company, became a contributing editor to the Industrial Design Magazine, with a press pass, spent four years on the board of the International Council of the Societies of Industrial Design in Brussels, Belgium. For many years, he was involved with concern for individuals with disabilities as a member of the President’s Committee on Employment of the Handicapped. In 1976, Dick received the Bronze Apple Award for his commitment to Design for the Handicapped, and was elected a fellow of the Industrial Designers Society of America.

All of this greatly expanded his horizons, which included trips to many European countries, as well as Japan, Mexico, Moscow, Iceland and East Germany. During one of his trips to Germany, he met Rosemarie “Romy” Wittel whom he married in 1983.

Dick and Romy enjoyed and appreciated life, loved to travel, stayed active, and looked forward to the children’s families and their adventures. He worked to encourage accuracy about his grandfather’s history, helped to get his grandfather into the Inventors Hall of Fame, and received the recognition of Herman Hollerith on behalf of the family from the Census Bureau in Washington, D.C. He had owned his grandfather’s farm in Mathews, Virginia since 2000. In 2008, Richard and Romy moved to WindsorMeade in Williamsburg, Va.

He is survived by his wife, Romy; his two sons, Rich and John; his two daughters, Nanci and Susan; 10 grandchildren, and two great-grandchildren.

Should you wish, please make your contribution to the charity of your choice. Online condolences may be shared at www.nelsenwilliamsburg.com.