Restoring the ‘Little House on the Creek’ 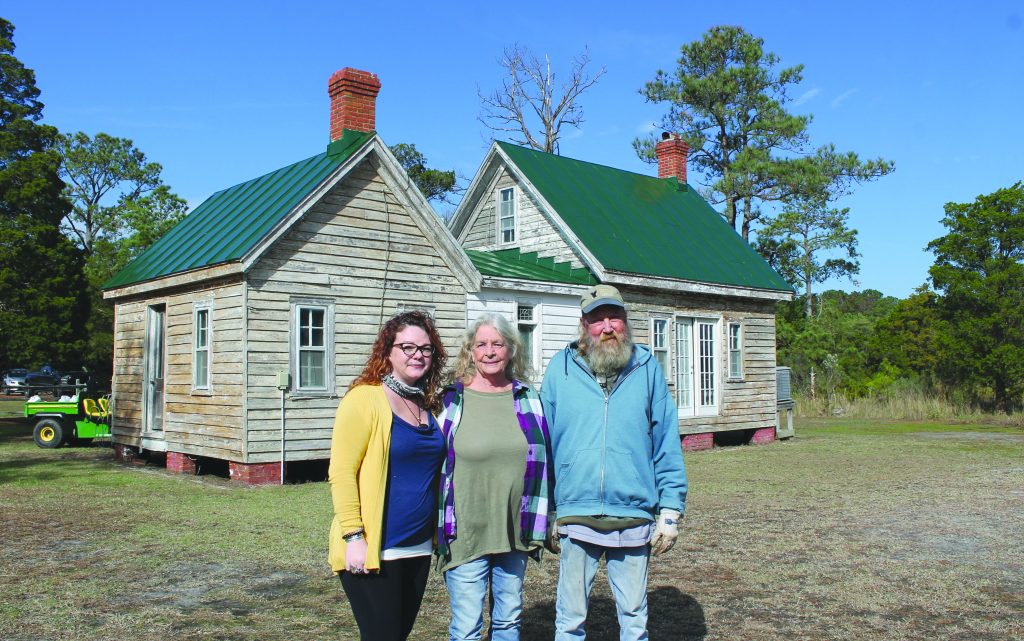 SHERRY HAMILTON / GAZETTE-JOURNAL Geoffrey and Nancy LaLand and their contractor Dorothy Ness, from right, are excited about restoring the house the LaLands purchased recently to reflect its 19th century origins. According to historical records, the section of the house on the right was built between 1849 and 1850, while the remainder of the house was added around 1900.

Geoffrey and Nancy LaLand spent years admiring a small, empty, weather-worn house on land adjacent to their New Point home, and on Nov. 3, it finally became theirs.

They named it “Little House on the Creek,” and they’re eagerly beginning to clean it up and restore it to reflect an early 19th-century origin. They’re inviting the Facebook community to watch the progress right along with them.

SHERRY HAMILTON / GAZETTE-JOURNALNancy LaLand watches her step as she goes from a breezeway to a room that may have been a kitchen in the newer, c. 1900, addition to “The Little House on the Creek,” according to architectural historian Carl Lounsbury.

“We’ve lived next door for 17 years, and we dreamed of someday owning it, but we never thought it would happen,” said Nancy LaLand. “It’s a dream come true for us.”

Geoffrey LaLand said he and the previous owner, who lives in Richmond, had “made a gentleman’s agreement” a couple of years ago regarding the sale of the house, and it finally ...