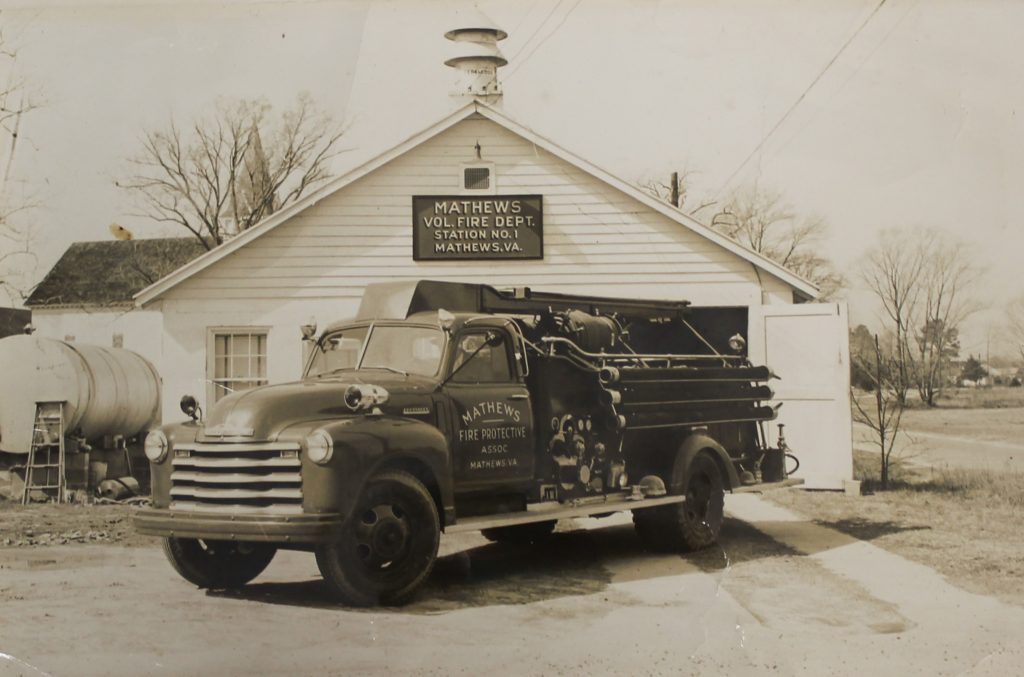 The precursor of today’s four-bay Mathews Volunteer Fire Department Station 1, located at the corner of Church Street and Brickbat Road, was this one-bay station built on the same site in 1937 by the Mathews Fire Protection Association. The association used this 1929 soda-and-acid Chevrolet truck until 1948.

Longevity is hard to achieve in the fire service. The work, whether done by a volunteer or paid professional, is hard on the body—harder still on the mind and spirit.

A good number of volunteers might make it to 20 years, but not many make it to 30 or 40 or 50 years. The late Roland Wilson, who was an active volunteer with Mathews Volunteer Fire Department, was one of those who lasted.

Roland Wilson was the first member of the Mathews Volunteer Fire Department to serve on active duty for 60 years. A respected leader in the department, he ended up serving 63 years before he passed away in 2016.