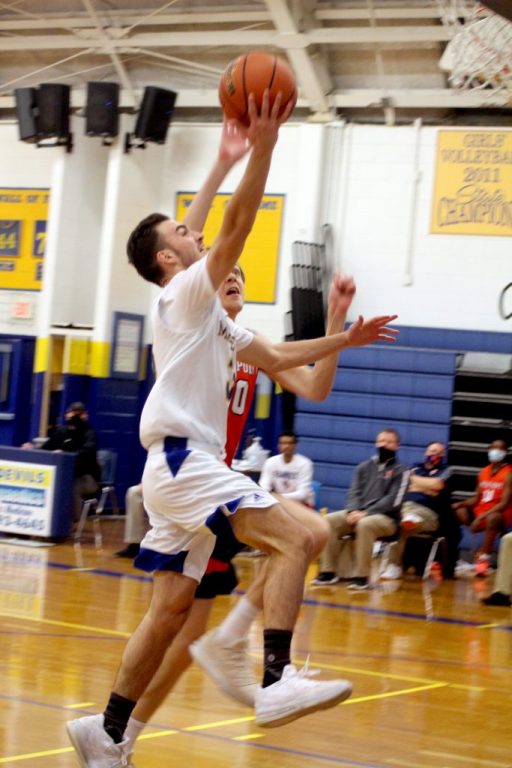 MHS senior Landon Greene was the top scorer for Mathews in Monday’s 55-52 win over West Point that secured the regional title for the Devils. He scored 16 points in the victory.

MHS sophomore Kayla Carr (#2) works her way past a Rappahannock defender as Mathews defeated the visiting Raiders by a margin of 54-21 to claim the regional title.

Both games were played in the MHS gymnasium, with a limited audience for each, consisting mostly of parents of team members.

The Lady Devils were up first, and they quickly dispatched their opponents from Rappahannock High School, defeating the visiting Raiders by 23 points, 54-31.

The nightcap of the doubleheader was a much more exciting affair, as the MHS boys and West Point went down to the final seconds before Mathews was able to come away with a 55-52 victory.

With those wins, the two Mathews teams advanced to the VHSL state tournament. As the Region A champs, the Devils ear...