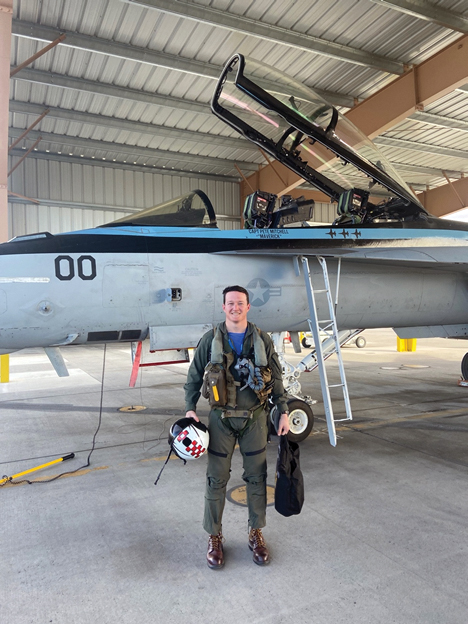 “Top Gun: Maverick,” the reboot of the 1986 hit, is well on its way to becoming the box office hit of the summer.

A real TOPGUN (notice ALL CAPS), Navy Lt. Braden “SLIP” Miller, a 2007 Mathews High School graduate, shared a few of his thoughts with the Gazette-Journal on the 1986 movie, its sequel and the realities of the Navy Fighter Weapons School, or TOPGUN:

“The course itself is nothing like the first movie,” he wrote. “There is no first-place trophy and the students do not compete against each other. From day one we are told to ‘cooperate to graduate,’ meaning the only way to succeed is if we work together as a class to make it to the ‘Patching’ at the end of the 12-week course.

“During my time at TOPGUN, I worked 6.5 days a week for an average of 10 hours a day. I received a year’s worth of lectures from the TOPGUN staff while preparing for, flying and debriefing events. The average flight at TOPGUN lasts about an hour. For that one hour of flight time, we would take an...