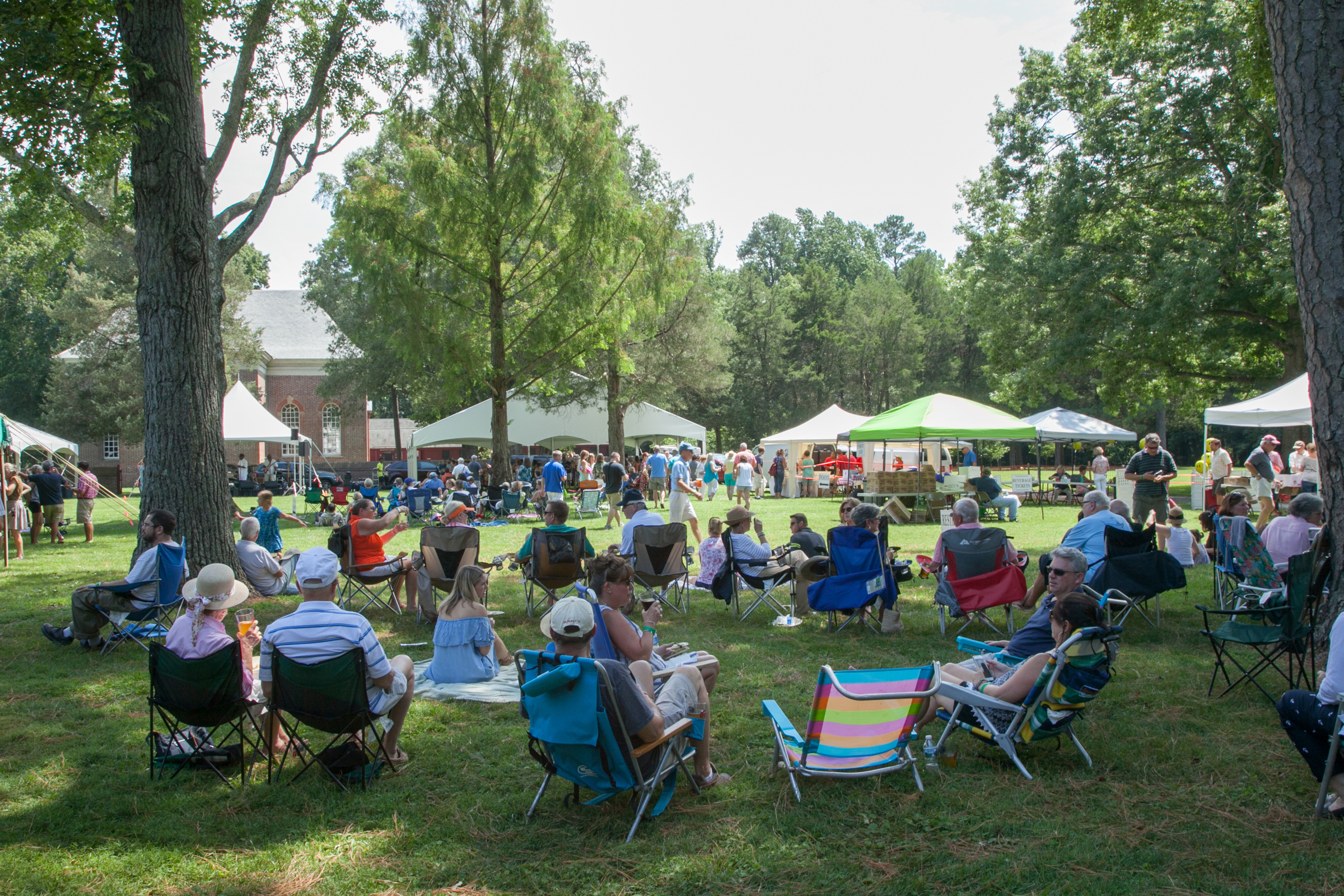 The “Raise the Roof” Craft Beer Fest returns to Historic Christ Church and Museum on Oct. 15. Among those performing, below, will be blues performer Bobby “Blackhat” Walters. Above is a scene from a previous year’s beer fest.

The “Raise the Roof” Craft Beer Fest returns to Historic Christ Church and Museum on Saturday, Oct. 15. Held on the grounds near the 1735 Christ Church in Lancaster County from 1-6 p.m., the event features live music, craft beers, wine, BBQ (or vegetarian fare) with all the fixings, and homemade ice cream.

The jazz-swing band Good Shot Judy and blues band Bobby “Blackhat” Walters return under the tent to entertain the crowd and get everyone dancing, said Robert Teagle, Historic Christ Church and Museum executive.

Gloucester Brewing Company will be this year’s featured local brewery. The event will also feature craft beers from Virginia brewers like Hardywood Park, Stone, New Realm, That Damn Mary and others. Guests may use their drink tickets for wine if they prefer, Teagle added.

Tickets are $60 for adults, $20 for ages 20 and under, and free for ages 5 and under. Tickets include two craft beer or wine tickets, one serving of Willaby’s BBQ or veggie fare with fixings, homema...