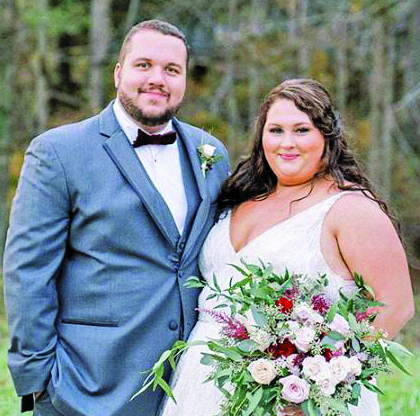 Sabina Barrett Newton and Woodrow W. Raines IV were married on Nov. 14, 2020 at her parents’ home. The double ring ceremony was performed by Patrick Billups and the groom’s grandfather, Scottie Frierson.

The bridegroom is the son of Mr. and Mrs. Woodrow W. Raines III and Ms. Stephanie Thompson Oliver, all of Gloucester.

Mrs. Danielle Newton of Gloucester, sister-in-law of the bride, was maid of honor. Mr. Woodrow W. Raines III, father of the groom, was his son’s best man.

Bridesmaids were Brooke Burton of Middlesex, Ashley Fratus of Las Vegas, and Megan, McMahon, Morgan Sears and Kirsten Chavis, all of Gloucester. The junior bridesmaid was Kali Chavis, also of Gloucester.