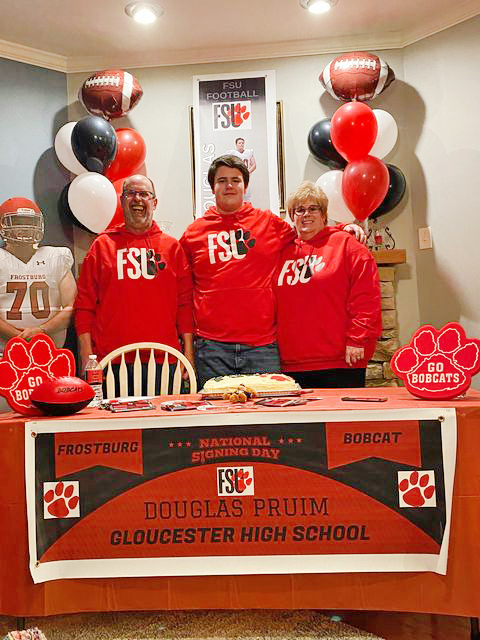 Douglas Pruim II and his parents, Doug and Barbara Pruim, celebrate as Pruim formalizes his commitment to Frostburg State University.

Come the fall, Douglas Pruim II of Gloucester will be a Bobcat.

Located in western Maryland, Frostburg State is a member of the Mountain East Conference in NCAA Division II.

According to the FSU website, Pruim earned varsity letters in football and wrestling at GHS, and was named honorable mention to the All-District team and the All-757 Juniors team. An academic honor roll athlete, Pruim has maintained a 4.25 grade point average. At FSU, he plans on majoring in kinesiology.

“The recruiting process has been a difficult journey, especially through this strange and surprising year that seems to never end,” he wrote in a statement on Twitter in his initial announcement. “That being said, I have made my decision. I am 100% committed to Frostburg...