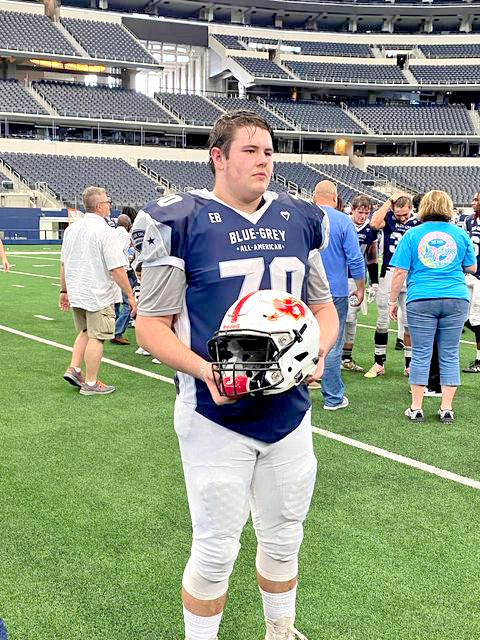 Pruim was invited along with other high school athletes from across the nation to play in front of coaching staffs and scouts from around the country.

In the game, Pruim played guard for the East Team, which defeated the West Team, 42-29.Earlier this year Pruim committed to play and attend school at Frostburg State University in Maryland.

“Douglas has worked hard in school and football,” said his mother, Barbara Pruim. “He maintains a 4.3 GPA while working hard at training for football.”
...