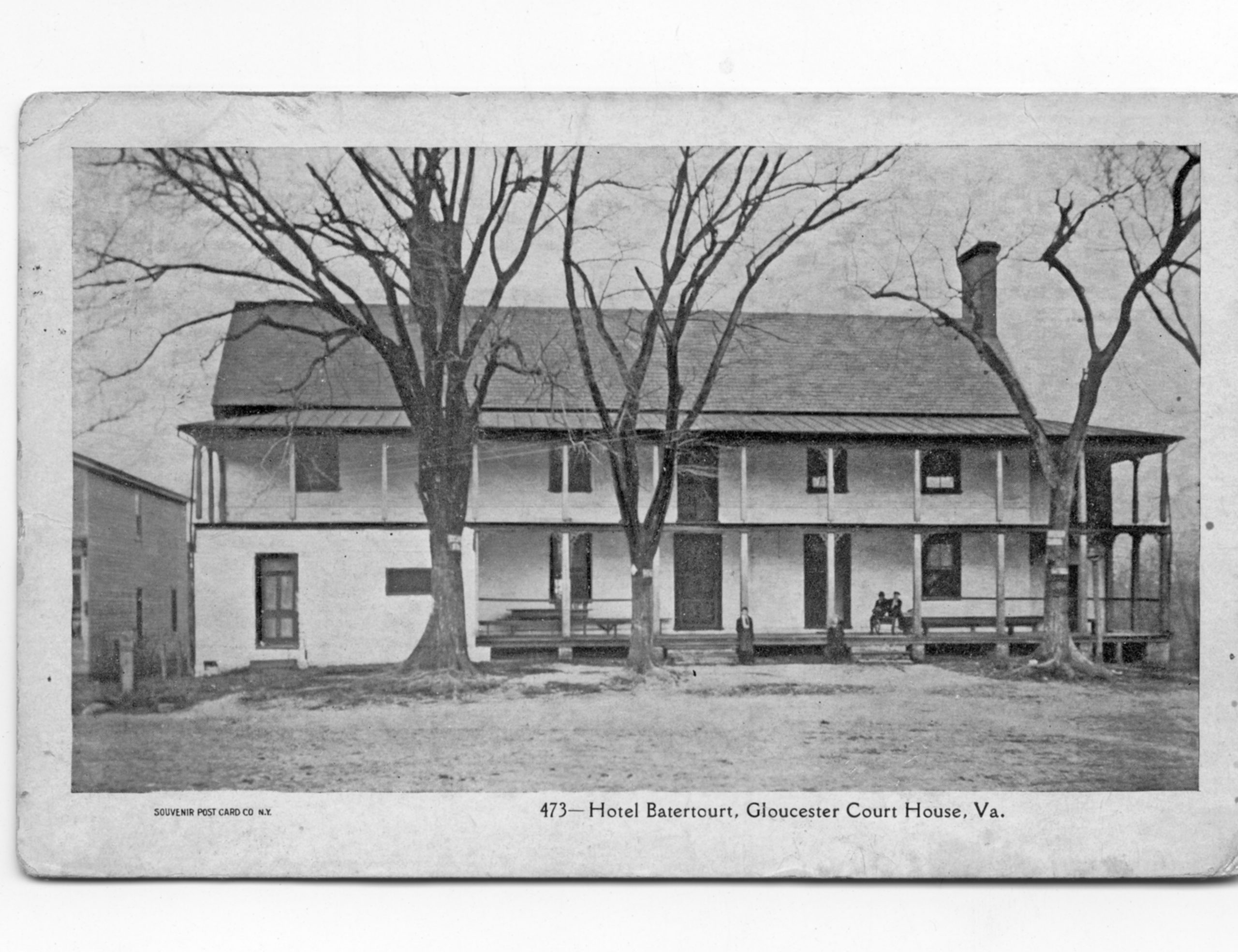 COURTESY OF GORDON TOWNSEND This postcard of the Hotel Botetourt has a postmark of 1910 on the reverse side.

The meeting will be held at 2 p.m. in the parish house of Abingdon Episcopal Church, White Marsh, and is open to visitors.

The Botetourt Building was constructed as a tavern by John Fox around 1770. Ownership continued through the Tabb and Hughes families, and then by auction to Emily Cox and her siblings Ada and Ned, who ran it for many years as the Botetourt Hotel.

Gloucester County purchased the building in 1965 and restored it to the original design. It was used for administration and meetings until the county museum moved from a court green building to the Botetourt Building in 2000.

Kelly is a graduate of Old Dominion University and is president of the Fort Monroe Historical Society, vice president of the American Friends of Lafayette, and varsity baseball coach at Peninsula Catholic High Sc...