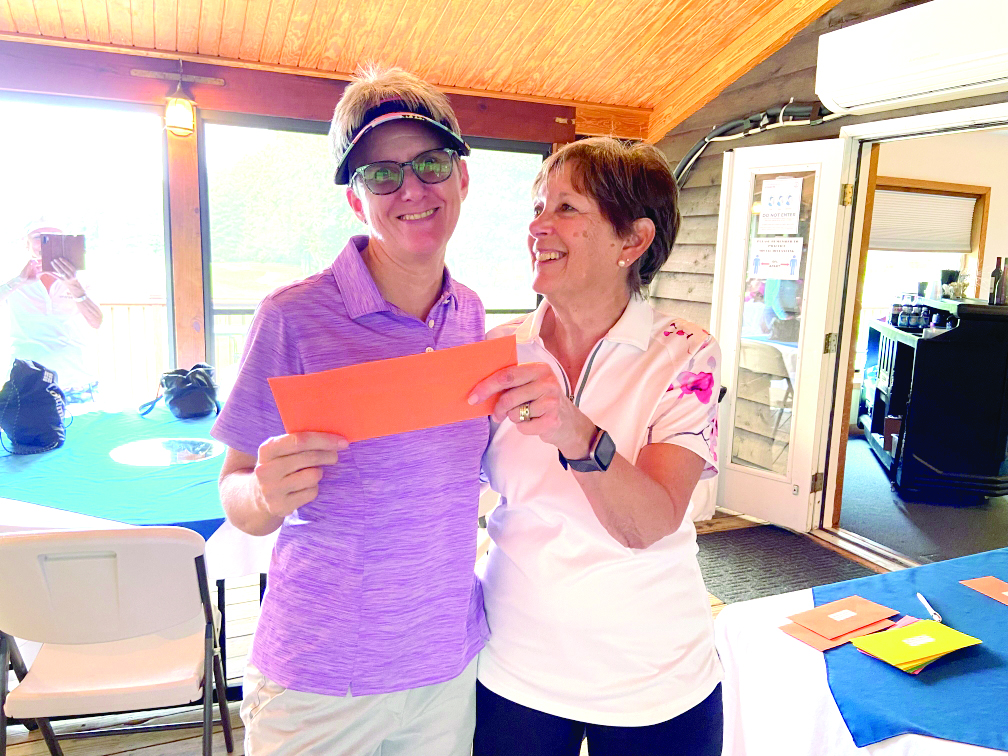 Lynne Richardson, at right, is shown presenting the award to the overall gross winner, Nina Carter, at the PRLGA annual championship.

Twenty-six female golfers participated in the tournament. The overall gross winner and title of PRLGA champion required two additional trips to the 18th tee box for a playoff to determine the winner. Nina Carter and Kay Stout dueled it out on the 18th green a third time with Carter emerging as the victor with a two-day score of 168. June Klink played steady for both days to earn overall net winner.