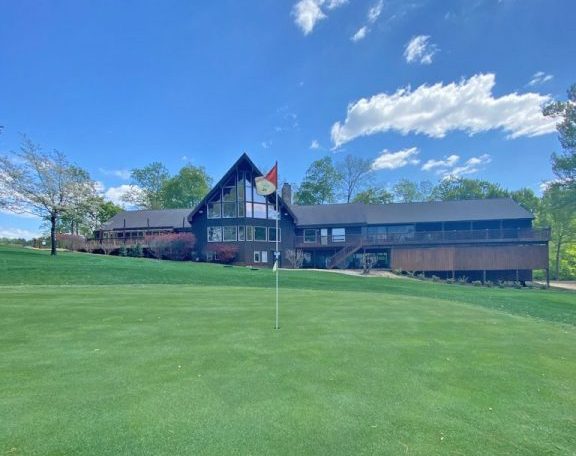 Hospitality is important at Piankatank River Golf Course and when designing the clubhouse owner John Fleet wanted the sight of it to make people feel like they were coming home after playing the 18th hole.

The Piankatank River Golf Club in Hartfield marked its 25th anniversary in business on Wednesday.

In 1996, owners John and E.G. Fleet opened the club with only the first nine holes open to golfers, with the last nine opening in October. This Saturday, the course will hold a 25th Anniversary Celebration Tournament to mark the occasion.

When construction began in 1994, owner John Fleet said that he wanted the golf course to stand out from others. He said that in the 1990s, a lot of courses were opened and so many were similar in design.

This photo was taken in 1996 on the day the Piankatank River Golf Course opened all 18 holes. From left, owner John Fleet, Margaret Beckwith and owner E.G. Fleet. The Fleet brother acquired the land for the last 7 holes from Beckwith.

Most had holes that were identical to each other which caused the courses to lack character, Fleet said. To avoid that, he made sure that no two holes on his course were alike.