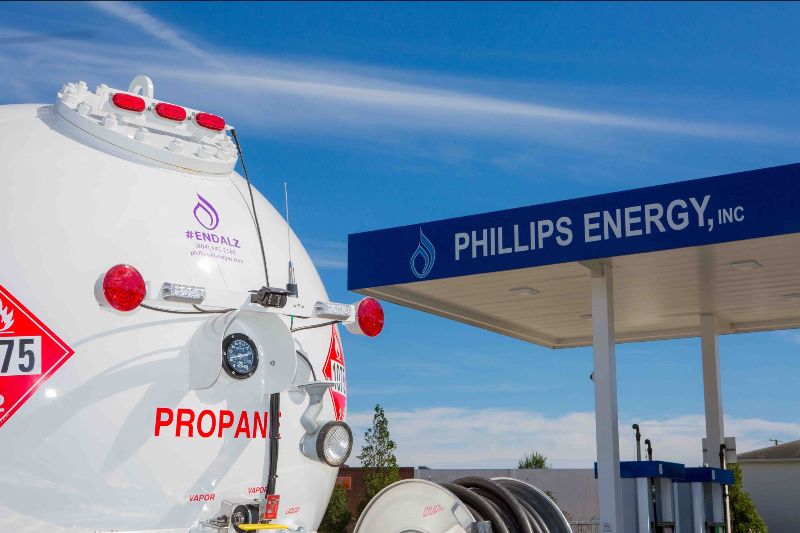 Phillips Energy at Gloucester Point raised $7,669.90 to benefit the Alzheimer’s Association in its 2021 annual fundraising promotion.

Phillips Energy at Gloucester Point announced that its annual “Longest Day” fundraiser brought in $7,669.90 for the Alzheimer’s Association.

This was a record amount collected in the company’s annual fundraiser, at the summer solstice, June 21.

“We are so proud to support the Alzheimer’s Association, a wonderful organization whose cause is very near and dear to our hearts,” said Phillips Energy Vice President Elizabeth McCormick. “Finding a way to END ALZ has become Phillips Energy’s signature cause, and we are humbled by the outpouring of support we get from our customers and community each and every year.”

This year’s drive was held during the company’s 75th anniversary as well, she said.

Phillips Energy donated 10 percent of sales that day from its retail fuel station and held a YETI cooler raffle drawing. An anonymous donor matched up to $1,000 of online donations made.

Other partners joining Phillips in the drive included the following: Inn at Warner Hall (who dona...